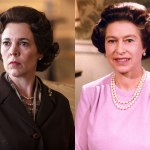 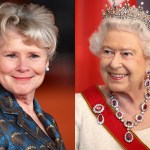 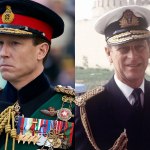 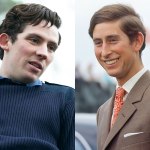 Gillian Anderson caught many fans by surprise in new set photos that show her in character as Margaret Thatcher on the fourth season of ‘The Crown’.

Gillian Anderson, 51, is already impressing audiences with her role as Margaret Thatcher in Netflix’s The Crown with some new amazing photos from the set. The season four pics, which were posted by Digital Spy on Feb. 4, show Gillian completely decked out in appropriate clothing, including a gray padded shoulder suit and puffy barnet, as well as a hairstyle that has her showing off short wavy locks just like Conservative Prime Minister, who ran the United Kingdom between 1979 and 1990.

The set photos with Gillian are from a scene that depicts a memorable moment in history when Margaret, who was nicknamed “The Iron Lady”, addressed the press before being elected in 1979. The former X-Files actress’ look in the scene is identical to what Margaret wore on that day, proving the series takes the roles of these iconic figures very seriously.

When it was first announced that Gillian would play the role in Sept. 2019, she was quick to publicly express her excitement. “I am so excited to be joining the cast and crew of The Crown and to have the opportunity to portray such a complicated and controversial woman,” she said in a statement. “Thatcher was undoubtedly formidable but I am relishing exploring beneath the surface and, dare I say, falling in love with the icon who, whether loved or despised, defined an era.”

Although fans of The Crown, which tells the story of Queen Elizabeth II, 93, were saddened when it was announced that the show would end after season five, Gillian’s upcoming appearances should definitely be enough to keep them entertained. Imelda Staunton, 64, was also just announced to play the final role of the Queen in the show’s fifth season, so there’s a lot to anticipate in the coming episodes of this great show!

We look forward to seeing Gillian’s work in The Crown. Its fourth season premieres in late 2020.