Move over Jennifer Lopez. The Kitten Bowl VII is the real show to watch this Super Bowl Sunday! The Kitten Bowl will feature multiple athletic felines will showcasing their talents to the world, competing in a tiny stadium to win our hearts and a trophy. Cats such as Alvin Catmara and Catrick Meowhomes, yes, those are really their names, will take the gridiron and try to find their fur-ever homes. They come from shelters all across the United States for their moments of glory, and hopefully lifetimes of happiness. The Kitten Bowl is hosted this year by Beth Stern, who runs the famed North Shore Animal League America in Long Island, New York!

And sure, on football’s biggest night we’ll see stars like Demi Lovato and Shakira performing and cheering on the San Francisco 49ers and the Kansas City Chiefs from the bleachers at the Super Bowl, the Kitten Bowl will also have its own celebrity fans, too! Other than a bunch of kittens pretending to play football, a bunch of stars will be on hand to help Beth with the bowl. Former NFL running back Rashad Jennings will be a part of the broadcast team, joining Hallmark Channel commentators Jill Wagner and Brennan Elliott, who are on the play-by-play call.

And did anyone else know that former NFL quarterback Boomer Esiason is apparently the “Commissioner of the Football Feline League?” The Kitten Bowl is truly the gift that keeps on giving! The real celebrities, at least in our mushy hearts, are the perfect fluff balls competing this year. See the full roster HERE! 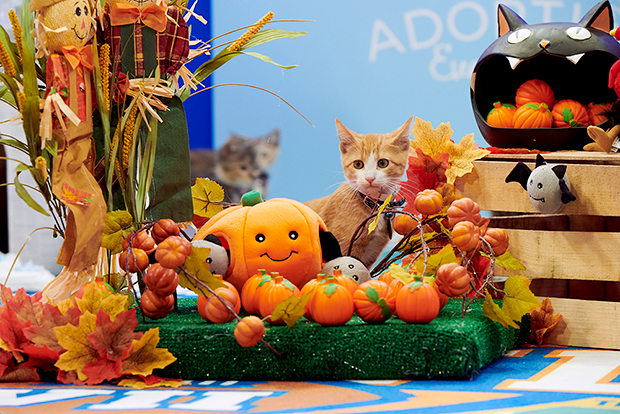 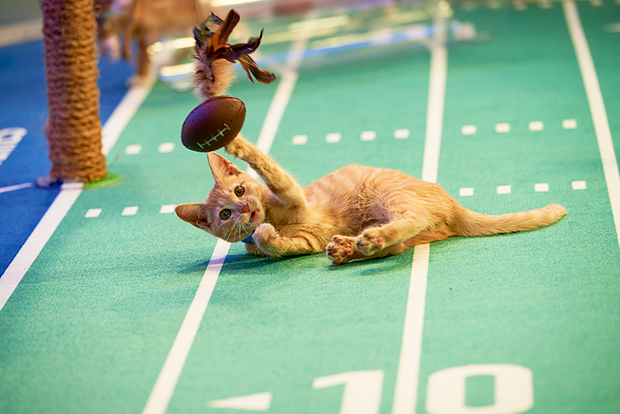 According to Hallmark, there are more than 100 rescued kittens in this year’s event broken down into 25 on four teams. The cat-tastic teams consist of the Courageous Cougars, the Last Hope Lions, the Little Longtails and the North Shore Bengals. And if you can’t get enough cat action, Cat Bowl II, which features adult, senior and special-needs felines, will also air during the weekend of Super Bowl 54.

The Kitten Bowl is a serious competition with two playoff games followed by a championship game. There is a Most Valuable Kitten (MVK) award handed out to the most athletic competitor.

The Kitten Bowl airs at 2 PM Eastern on the Hallmark Channel just a few hours before kickoff to Super Bowl 54.