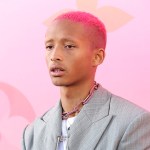 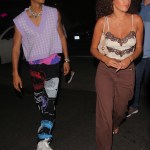 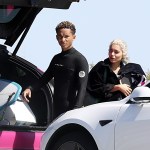 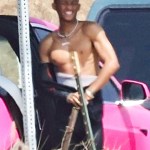 Jaden Smith took to Twitter on Jan. 26 to tweet about his ‘boyfriend’ winning a Grammy shortly after Tyler, the Creator won the award for ‘Best Rap Album’.

Jaden Smith, 21, seemed to be proud of Tyler, the Creator, 28, after his epic Grammy Award win on Jan. 26 and shared an eye-catching tweet to prove it. The rapper won in the category of Best Rap Album for his Igor album and soon after he accepted the honor, the son of Will Smith, 51, and Jada Pinkett Smith, 48, took to Twitter to write about it. “My Boyfriend Just Won A Grammy,” his tweet read.

Although Jaden didn’t mention any names in the tweet, since he called Tyler his “boyfriend” in the past and reconfirmed it during the Nov. 17 episode of the Apple Beats Music 1 radio show MSFTS FREQUENCY, we think it’s safe to assume that he was talking about the talented artist in his post.

Like his supportive beau, Tyler expressed his excitement for his Grammy win, which was his first, in his acceptance speech and was sure to thank his fans in the process. “To the new fans, to the old ones, all the crazy stuff I do, I never fully felt accepted in rap and stuff,” he said while up on stage. “So ya’ll always stand by me and get me here. I really appreciate that.”

My Boyfriend Just Won A Grammy

Before the win, Jaden first opened up about his love for Tyler in Nov. 2018, when he was on stage at Tyler’s annual festival, Camp Flog Gnaw Carnival. “I just want to say Tyler, the Creator is the best friend in the world and I love him so f**king much,” he shouted into the microphone during his moment on stage. “And I want to tell you guys something. I want to tell you. Tyler doesn’t want to say, but Tyler’s my mother f**king boyfriend, and he’s been my mother f**king boyfriend my whole f–king life. Tyler, the Creator is my f**king boyfriend. It’s true.”