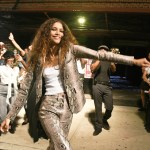 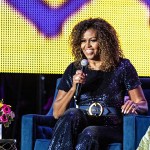 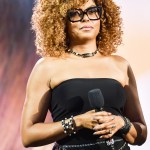 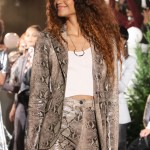 Alicia Keys is rocking simple but chic cornrows on her new self-titled album cover. Now her hair stylist, Nai’vasha Johnson, is revealing how she achieved the look.

It’s a classic braided style that black women and girls around the world have been wearing for generations. On her upcoming new album, ALICIA, Alicia Keys (who turns 39 on Jan. 25) rocks six chunky cornrows, that are pulled into a simple chignon at the base of her neck. And the look – her hair stylist Nai’vasha Johnson told HollywoodLife EXCLUSIVELY – took just 35 minutes to create. “It was [done] on clean, free hair,” the brand ambassador for the Emerge textured hair care line (which is sold at Target), said in Los Angeles on Jan. 22. “Super quick.”

Part of the reason why the look was so quick to create is because it was a no fuss approach. Nai’vasha didn’t even blow dry Alicia’s hair. “I never do,” said the hair stylist whose nimble fingers have worked their magic on Oscar-winner Lupita Nyong’o and Black-ish star Tracee Ellis Ross too. “I like the texture of it,” she said, referring to natural, curly, coily hair. “I love the authentic texture to be exposed. It’s OK to manipulate texture. It really is. I’m never opposed to that.”

It’s one of the reasons why she loves working with Alicia, who has had a career-long love affair with braids and cornrows ever since she released her debut song, “Fallin’” in 2001 when she was just 20. Braids, Nai’vasha said of the singer, are “a reflection of who she is.” “She’s always been about braids. People know her for that. But, she’s also evolving in such a beautiful butterfly manner.” Nai’vasha will be styling the Grammy host’s hair for the awards ceremony on Jan. 26 but she refused to reveal what look the mom-of-two will be bless viewers with. Whatever it is, like everything else she has done with Alicia since they started working together last spring, it will be a “collaborative” effort.

The hair stylist and the songstress are clearly a match made in hair heaven. If Alicia loves to revel in her natural beauty, Nai’vasha is in her sweet spot working with curly tresses. “I’ve found my happy place,” she said. “I really like that space because it’s a void. The industry – on the carpet and in major publications – our hair isn’t really celebrated. When I say ‘our,’ I mean textures, like wavy hair, curly hair, kinky hair, coily hair. You don’t really see a lot of it unless it’s shaved really low or something like that.”

Nai’vasha hopes there will come a time when all hair stylists in the showbiz and fashion industries – regardless of their race – will be like her; well-versed in how to style natural hair. “It should be mandated that everyone is trained in all textures,” she said. “To me, as a designer or a seamstress, if you can sew silk, you can sew denim. Texture is just fabric. People should be trained properly, and not just in fabric. They should be trained in all fabrics to be a skilled, qualified designer.”

As for her top tip for working with textured hair, Nai’vasha is very clear, “Moisturize, moisturize, moisturize.” A fan of Emerge’s hydrating It’s Knot Happening Sulfate-Free Shampoo, she said that moisture is key for “optimal curls, curls and waves,” as well as “shine” and “health.” “It’s just like your skin,” she said. “Your skin cannot be healthy if it’s dry and ashy. Same thing with our hair. You have to keep it moisturized.”