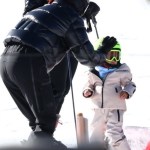 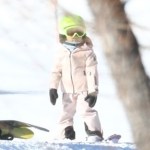 Stormi Webster’s upcoming second birthday is bound to be ‘huge and over the top,’ as her mom, Kylie Jenner, begins her ‘secretive’ planning before the celebrations commence!

Turning two is a major milestone, and no one knows that better than Kylie Jenner, 22, who is hard at work planning her daughter, Stormi Webster‘s, birthday bash on Feb. 1! While fans are wholly excited to see what the mother-of-one has in store for her sweet little girl, Kylie is nevertheless “being extremely secretive when it comes to Stormi’s second birthday,” a source shared EXCLUSIVELY with HollywoodLife, adding “but everyone knows it will be huge and over the top.” Being the doting mom that she is, the Lip Kit mogul is being very particular about the planning process. “She’s done a ton of meetings and is making sure every little detail is taken care of with the party planner,” the source went on. Much like Stormi’s first birthday, things are definitely going to have a bold aesthetic, with a fun atmosphere!

As detail oriented as she is, Kylie really wants to have everything look great for her little one. “She loves everything to be customized with colors, engraving, embellishments etc. Like any Kardashian party, no detail will be missed,” the source went on. Of course, the Keeping Up With The Kardashians star is keeping her cards close to the chest. “She’s not sharing anything with anyone and likes to keep it a surprise like the last party.”

Even while the ambiance of the day is going to feel like a major celebration, Kylie is also prioritizing the intimacy of the event and how meaningful it will be for her family. “She likes to make these things special for Stormi but also for herself,” the source continued. Devotees, however, will definitely want to know if one special person in Stormi’s life will be in attendance, as well. “Of course, Travis [Scott, 27] is invited, but she’s really handling everything which is what she did last time, too,” the source revealed. “She still doesn’t see a reconciliation happening at this time, but never say never. She cares about him and always will as the father of her child and she wants them to always come together for Stormi’s milestones.”

Although Kylie and Travis shocked their fans when they split in October 2019 after roughly two and a half years, they have been working very hard to prioritize their daughter as they continue to navigate co-parenting. Since their split, Kylie and Travis have been spotted sharing some special moments with Stormi all the while maintaining an amicable relationship. Stormi’s birthday will be the latest event when the former couple will come together! Fans simply cannot wait to see what’s in store for Stormi’s upcoming birthday! HollywoodLife has reached out to Kylie’s rep for more details as the day draws near.