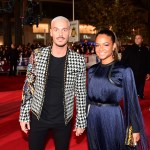 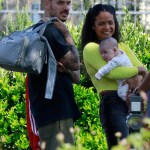 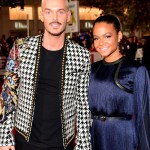 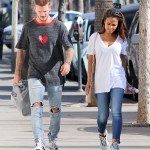 It’s a boy! A huge congratulations is in order for Christina Milian and her boyfriend Matt Pokora, who welcomed their first child together on Jan. 20.

Christina Milian, 38, and Matt Pokora, 33, are proud parents! The couple welcomed a sweet baby boy, their first child together, on Jan. 20 and made the announcement via Instagram. “And so we begin. Isaiah 1/20/20 Simply perfect. The world is yours Son. Love, Mom & Dad,” she captioned the first pic of their new bundle of joy. Mom, Dad and baby are doing well, as the couple are celebrating the latest addition to their little family. Adding more to the celebration, Christina’s daughter, Violet Madison, 9, became a big sister again with the birth of her half-brother. Her son is Christina’s first child since splitting from Violet’s father, her former husband, music producer The Dream.

The singer and actress has been gushing about her little guy since before he was even born! The proud mom was all smiles back on Sept. 30, sharing that she was so excited to welcome her boy into the world after overcoming a few initial reservations. “I was really scared about it,” Christina revealed when it came to having a baby boy, attending the H&M x Yellow Feather Fund event to celebrate the H&M x Sesame Street Partnership in West Hollywood, CA. “But, then I thought about the perks,” the Falling Inn Love actress continued, before confessing how she would have approached having two girls. “If I had two girls it would take me way longer to get dressed. If I had two girls, that means once puberty hits, two girls with two attitudes. I was like, ‘It might be a little bit different with boys. I think it’ll work out for me,’” she said.

Happy for Christina, she’ll get to have the experience of being a first-time mom to a boy with her partner Matt. The pair were over the moon when Christina took to Instagram on July 30 to make the announcement. “New release 2020,” she began to caption her post. “What a blessing! Let’s do this babe” she concluded the caption before tagging Matt. The post was written next to a photo of Christina absolutely beaming as she had her arm around Matt while he held up an ultrasound photo in front of her pregnant belly. A huge congratulations to the parents!