Christina Milian‘s second pregnancy was a surprise to her and boyfriend, French pop star Matt Pokora, 33, and the surprises keeping coming! The Falling Inn Love actress, 38, recently took HollywoodLife inside her journey to baby, where admitted she’s a bit nervous to have a baby boy. Christina is already mom to daughter Violet Madison, 9, whom she shares with her ex-husband, producer-rapper The Dream.

“I was really scared about it,” Christina said about having a boy while at the H&M x Yellow Feather Fund event to celebrate the H&M x Sesame Street Partnership in West Hollywood, CA. “But, then I thought about the perks,” the singer said, before she explained her thoughts about if she were to have two girls. “If I had two girls it would take me way longer to get dressed. If I had two girls, that means once puberty hits, two girls with two attitudes. I was like, ‘It might be a little bit different with boys. I think it’ll work out for me,'” she said.

Despite feeling anxious about her unborn son’s arrival, Christina can’t wait to meet her little guy. “Boys are a whole other set of energy,” she gushed, noting, “Girls are so calm. I’m nervous, but you know what, I’m going for it. I’ve got a ton of energy. I think I’ll be able to handle it and when it’s your own child, you will step up to the plate and do anything to chase them down.” 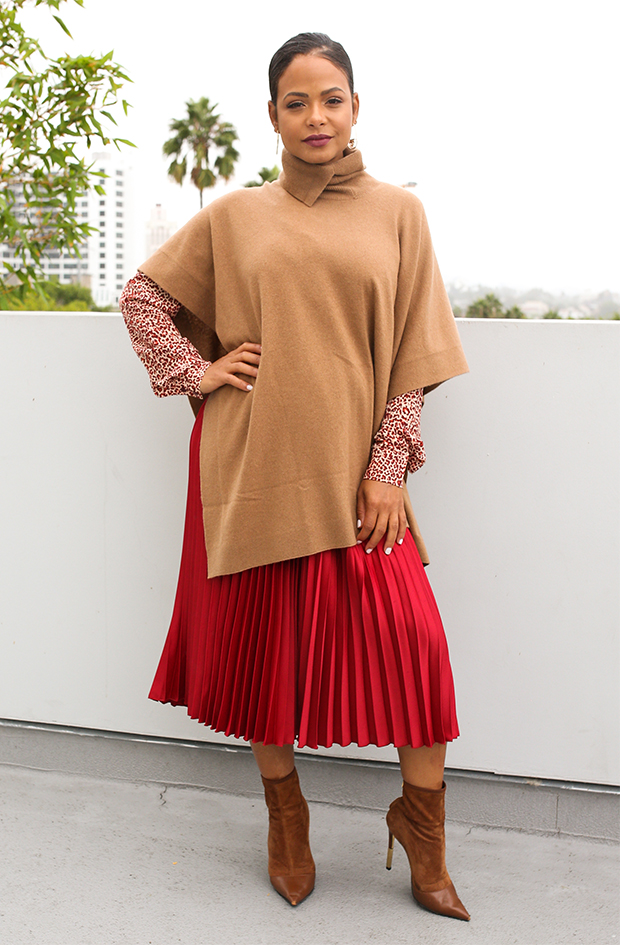 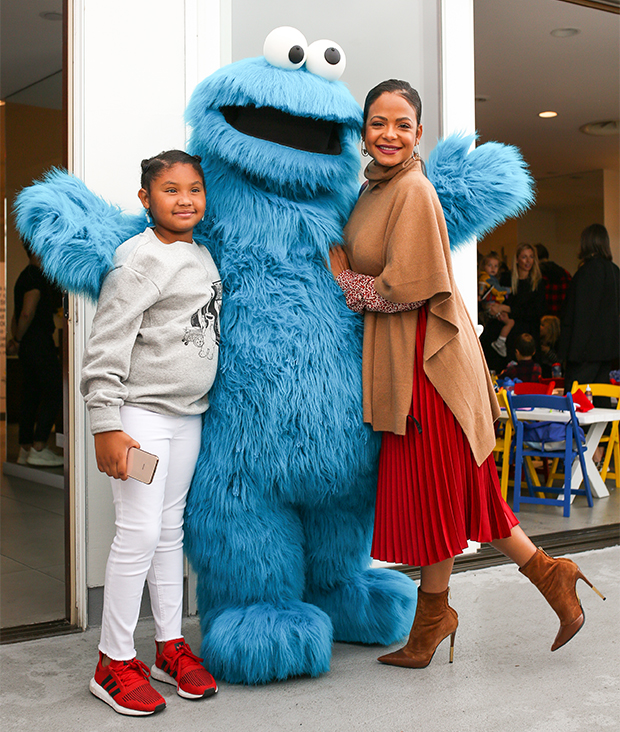 Christina, who revealed she’s between “five and six months” along in her pregnancy, said she’s feeling good. “No complications. It’s been a really healthy pregnancy,” she admitted, explaining, “I’ve been having fun with the whole thing and just, tons of energy. I’m just getting a lot of stuff done. It’s great.”

As Christina approaches the end months of her pregnancy, the mom-to-be, who is still rocking heels and sultry looks, works out at least two-three times per week.

“I run on the treadmill. I was doing it before and I’m still able to do it now,” she said. “I just extend the period of time, and kind of go at a lower pace. Instead of running at 6.0 on my treadmill, I go at five and it takes me 45 minutes instead of 30 minutes. So, those kind of things I just kind of switch it out a little bit, but it’s still the same.”

As for her cravings this time around? — Pizza! “The one craving I know I’ve had is pizza. I had a pizza dream a couple of weeks ago and then for two weeks all I wanted was pizza, so I had pizza,” Christina explained.

The singer went on to gush over boyfriend, Matt Pokora, who she said is excited to meet their baby boy. “I can’t wait to see how he’s going to react, that’s my thing,” she admitted, adding, That’s my favorite part. I’m like, ‘Oh, he’s going to cry, I know it.'”

Matt, who’s been out of town on work, makes sure to check in with Christina over FaceTime, she said. “He looks at my belly to see if it’s moving. He can never see it, though. I’m like, ‘Look!’ He’s like, ‘I can’t see it,'” she recalled of their video chats. “We were already tight, but, the pregnancy has brought us even closer, I guess you could say.”

Christina and Matt, who met at a restaurant in his native country, began dating in August 2017.  She announced they were expecting their first child together in a post of an ultrasound with her bare belly on Instagram in July.