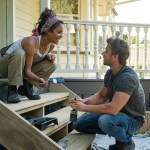 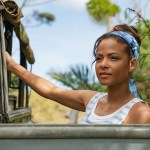 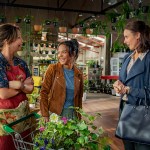 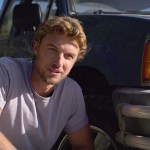 ‘Falling Inn Love’ is now streaming on Netflix. HL spoke EXCLUSIVELY with stars Christina Milian and Adam Demos about their effortless chemistry, filming on location in New Zealand, and more.

Falling Inn Love follows Gabriela Diaz (Christina Milian), a designer who loses her job and suffers a breakup all in the same week. When she successfully enters a contest to “Win an Inn,” she’s flown to the New Zealand countryside and meets a Kiwi contractor named Jake Taylor (Adam Demos). From there, they fall “inn” love as they work on the inn. HollywoodLife spoke EXCLUSIVELY with Christina and Adam about the adorable romantic comedy that’s perfect for your Friday night in.

“I thought it was a great script,” Christina told HollywoodLife. “It made me laugh and I love the fact that it was in New Zealand because I have never seen anything set in New Zealand. It is one of those rare, untouched territories that I hear people film in but setting up the actual film to be shot there I thought was really special and you add the element of a director like Roger Kumble, who I was a fan of growing up with his work with The Sweetest Thing and Cruel Intentions, and then you add Netflix, and then Adam came along, it was just like everything became a win. It was good overall and it felt right!”

Christina and Adam have amazing chemistry as Gabriela and Jake. They admitted that there was an instant connection between them. “Honestly, we got really fortunate!” Christina continued. “They found two people who didn’t know each other and were very like-minded and were humbled by every opportunity that we got. We got to know that about each other. From the first days when we went to the cast dinner, it was the two of us and the producers and Roger and we were so humbled and so fortunate to be able to play these roles and actually expressing that!”

Adam added, “Oh, I feel the same exact way. [It was] honestly instant. You know, we are both pretty calm and cool and like you said, we were definitely was grateful to be there and to be working on such a cool project. For me, it was most impressive that Christina, who has been in this industry for so long, every single day she was more grateful and enthusiastic than anyone else there so that is inspiring to be around for sure.”

The co-stars also revealed they are totally down for a Falling Inn Love sequel. “If we could work together again that would be a no brainer,” Adam gushed.