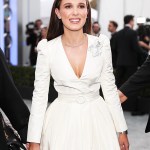 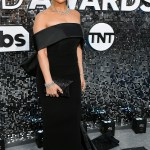 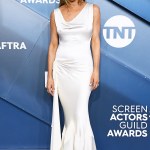 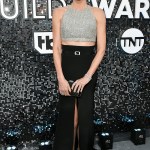 Michelle Williams, 39, looked ravishing at the 2020 Screen Actors Guild Awards on Sunday, Jan. 19. The soon-to-be mother of two wore an elegant black dress with chiffon off the shoulder straps that draped her body and her baby bump perfectly. Although she kept jewelry to a minimum with her Forevermark diamond ring and brooch, she paired the classic dress with a couple of silver rings that gave the chic gown a touch of glam. To top off the ensemble, Michelle wore a bold red lip and wore her platinum blonde hair in a retro-inspired wave that gave off some serious old Hollywood vibes.

At the 2020 SAG Awards, Margot is nominated for Outstanding Performance by a Female Actor in a Miniseries or Television Movie for her part as in Fosse/Verdon. It’s a tight race full of some serious star power including, Toni Collette for Unbelievable, Emily Watson for her role in Chernobyl, Patricia Arquette, and SAG newcomer Joey King for their roles in The Act. Michelle is no stranger to the pressure and excitement that comes with being nominated for a SAG Award. Although she has never won, the actress has now been nominated a whopping seven times over her decades-long career! 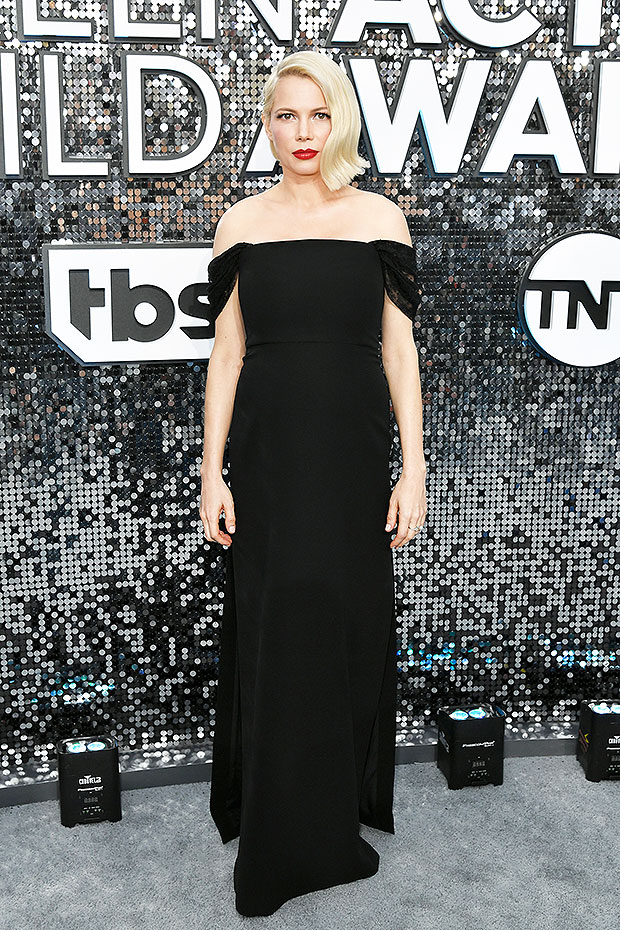 Fans are excited to see if Michelle will finally win a SAG, and as of right now, her chances look good. On Sept. 22, Michelle won a Primetime Emmy and a Golden Globe on Jan. 5 for her role in Fosse/Verdon, so hopefully, her winning streak continues!

Viewers will be able to catch presenters like Fleabag star and two-time SAG Award nominee Phoebe Waller-Bridge and Us star Lupita Nyong’o present awards throughout the hostless evening. Once Upon A Time In Hollywood actor Leonardo DiCaprio will also be presenting Hollywood icon Robert De Niro with the Life Achievement Award.