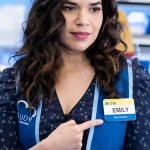 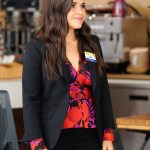 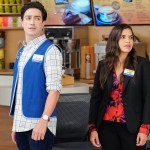 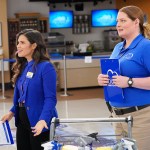 ‘Superstore’ will be paying tribute to the late Linda Porter, a.k.a. Myrtle, during the Jan. 16 episode. HL spoke EXCLUSIVELY with the cast about their lovely co-star and filming the ‘bittersweet’ tribute.

The employees of Cloud 9 will be bidding farewell to their beloved Myrtle in the Jan. 16 episode of Superstore. The episode is simply titled “Myrtle.” Linda Porter, who played the adorable longtime employee of Cloud 9, passed away following a battle with cancer in September 2019. HollywoodLife talked EXCLUSIVELY with Superstore cast members Lauren Ash, Kaliko Kauahi, Nico Santos, and Ben Feldman at the Television Critics Association winter press tour about saying goodbye to their co-star.

“Linda Porter was such a fan of Superstore,” Lauren told HollywoodLife. “She was such a bright light. You couldn’t not smile around Linda Porter. Her smile was contagious and I really think nobody loved the show more than her. It would have been bizarre for us not to have taken a real moment and really had an episode featuring a memorial to her, so it was a beautiful thing. It was the right thing.” Kaliko added, “We became friends because we started season 1 together as co-stars and we just bonded. Having her there on set she was always so full of joy, so happy to be there, happy to see everyone, and never took any of it for granted.”

Like Lauren, Nico said Linda was “such a huge part” of the cast. “She was an amazing woman who lived an amazing life and she always had the best stories,” Nico continued. “To film that episode and reflect on her life and what she’s brought to our show was a really bittersweet moment for all of us.”

Ben admitted it’s a “really sad” thing to be saying goodbye to not just a character but someone everyone is used to seeing nearly every day. “It’s a rare thing to be on a TV show honoring a character that died who was also your friend and someone on set who also died,” Ben told HL. “It’s a very unique situation that I don’t think a lot of people have been a part of.”

The employees will be wrestling with the loss of Myrtle and the fact that she left a large sum of money to Jonah. At the time of her death, Linda had appeared in over 30 episodes of the NBC comedy series. Superstore season 5 airs Thursdays at 8 p.m. on NBC.