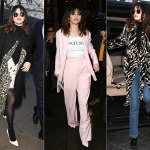 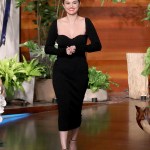 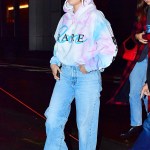 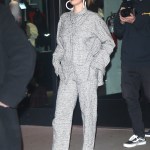 Selena Gomez ‘can’t wait’ for fans to listen to her unreleased track, ‘Boyfriend.’ That led fans to speculate if the ‘boyfriend’ in the title is referring to her ex, Justin Bieber…but Selena had something much different to say!

Selena Gomez, 27, dropped a song name that had many fans’ minds spinning: “Boyfriend.” She made the big reveal while chatting about her new album, Rare, on The Tonight Show Starring Jimmy Fallon on Jan. 13! Thanks to Jimmy Fallons’ probing, Selena ‘fessed up and revealed that “maybe there’s a few things” — AKA, unreleased songs — that were left off the album. “There’s a few other songs that I couldn’t help but want to exist. I can’t really tell when, but one of my favorite tracks is called ‘Boyfriend.’ So, I can’t wait for people to hear that one,” Selena further revealed. With such a name, fans of course put on their detective hats.

Not everyone was too kind, since some immediately assumed that “Boyfriend” was about an actual past boyfriend — AKA, Justin Bieber, 25. “Selena gomez is really out here naming one of her new songs ‘boyfriend’…..leave justin alone and move on bye,” one critic tweeted, while another person tweeted, “sorry not sorry but why is selena releasing a song called boyfriend? justin got s–t just for releasing a song the same month she was bringing her album out… justin stays getting sh–t for the littlest things but when she does them it’s fine?” Ironically, Justin also has a track of his own called “Boyfriend,” which he released in 2012. There was even a third fan who brought The Weeknd into the conversation, tweeting, “Selena really has a song called boyfriend lol which boyfriend is it about 🤷🏼‍♀️😂.”

However, Justin’s name was NOT even subtly referred to as Selena talked about a similarly named track called “I Want A Boyfriend” in a video for The Wall Street Journal. “I just came in [to the studio] and was like, ‘I want a boyfriend.’ And literally, that just became the hook immediately. I was like, ‘That’s kind of what I want right now. I’ve been single for two years. It’s maybe nice.'” Selena didn’t confirm if this is the same song as “Boyfriend,” but it sure sounds like it. Either way, one fan made a correct prediction: “If she’ll call the song ,,boyfriend” beliebers are gonna dragg here bcs of Justin s song.”

sorry not sorry but why is selena releasing a song called boyfriend? justin got shit just for releasing a song the same month she was bringing her album out… justin stays getting shit for the littlest things but when she does them it's fine?

Fans also came to Selena’s defense, pointing out that Ariana Grande released a track called “Boyfriend” in the past year. In other words, it’s a common word, which was another good point that fans brought up — and we’d like to also add that Ashlee Simpson and Big Time Rush dropped tracks with the same title. “Not people saying selena is copying or being ‘obsessed’ cause she titled a song boyfriend when ariana and justin have a song titled boyfriend as if its not the most generic and based title ever and like theres not thousands of songs named it…. okay,” one frustrated fan tweeted.

Regardless, fans’ minds are naturally jumping to Justin, given the lyrics in Selena’s songs “Lose You To Love Me” and “Look At Her Now.” With lines like “in two months, you replaced us” and “took a few years to soak up the tears,” listeners could only point at Justin for being the muse behind these tracks. After all, out of all the men from Selena’s past, Justin has been romantically involved with her the longest (their on-again, off-again relationship spanned between 2011-2018).