Jenelle Evans and David Eason stepped out together for a rare outing on Tuesday afternoon amidst their divorce. The estranged couple was photographed walking side-by-side in Nashville, as Jenelle, 28, held onto their 2-year-old daughter Ensley‘s hand. While all seemed well between the parents, it turns out that their reunion was only for the sake of co-parenting, TMZ, who obtained the photos, reports.

Jenelle — who, on January 10, filed to dismiss a restraining order she filed against David in November — wants Ensley to be able to see her dad, sources say. Also, Jenelle’s change of heart is reportedly due to the fact that she’s tired of having to be in and out of court. However, Jenelle and David’s Nashville reunion shouldn’t be confused with a romantic reconciliation, sources note.

The MTV alum filed for divorce in November after she and the kids moved away from the North Carolina ranch she and David shared. And, sources say that the divorce is still on. Yet, Jenelle does want to co-parent with David as civil as possible — similar to how she does with her ex, Nathan Griffith. They share 5-year-old son Kaiser together. 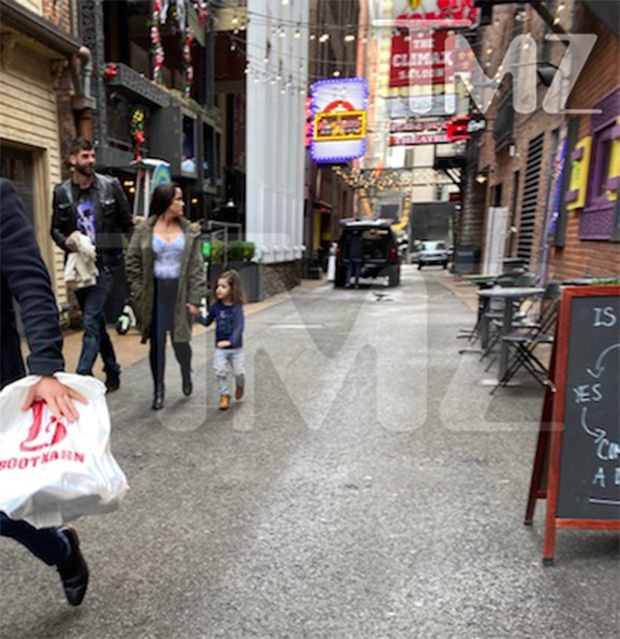 Jenelle previously claimed she “feared for her life,” which was in part why she initially filed for a restraining order against David. However, the Davidson County Circuit Court Clerk confirmed that the former Teen Mom 2 star filed documents on Friday, January 10, to dismiss her order of protection against David. The date of dismissal was set for Monday, January 13, and it was a voluntary dismissal.

It was on October 31 that Jenelle revealed she began the divorce process with David in a note on Instagram. She admitted that after evaluating her life, she needed to make “big life decisions” — beginning with choosing to end her marriage to David. Jenelle and David were together for two years before they married in September 2017.

Jenelle is also mom to 10-year-old Jace, who she shares with ex, Andrew Lewis. David has a 12-year-old daughter, Maryssa, from a previous relationship. The mom of three has since reportedly moved to Nashville to start a new life.