Tinsley Mortimer revealed that her romantic proposal from Coupon Cabin CEO and founder Scott Kluth came as total shock to her. The Real Housewives of New York star thought they were heading to dinner at TAO restaurant in Chicago on Nov. 24, when her 40-year-old sweetie asked her to be his wife in a way that completely caught her off guard. The couple was walking past the steps of the Chicago Water Tower when it all went down and Tinsley, 44, told HollywoodLife EXCLUSIVELY while promoting her Wink & A Kiss Valentine’s Day gift set, XXO Tinsley, about how Scott had everything planned down to a T, even including their “song” by Christina Perri.

“YES, I was totally surprised! I thought we were going out to dinner and the next thing I knew the Christmas carolers were singing our song ‘A Thousand Years’ and he was down on one knee. He absolutely swept me off my feet that night,” Tinsley told us during a recent interview. The couple met on a blind double date in Feb. 2017, and it was set up by her then-co-star Carole Radziwill during Season 9 of RHONY.

Scott is based in Chicago, so their relationship has been on and off since the beginning of their romance — a recent breakup of theirs was featured during Season 11 of RHONY. However, they got back together in the fall of 2019 and this time around, Scott decided to put a ring on it. Tinsley revealed during BravoCon’s RHONY panel just over a week before the proposal that, “Scott and I did get back together. I’m more excited than anybody is, but I’m just so happy.” It’s a good thing Scott asked Tinsley to marry him before Chicago’s nasty winter weather set in because she tells us, “I travel in the winter months and I like to be where it is warm. So you will see me in LA, Palm Beach, and the Bahamas, with occasional stops in NYC and Chicago.” 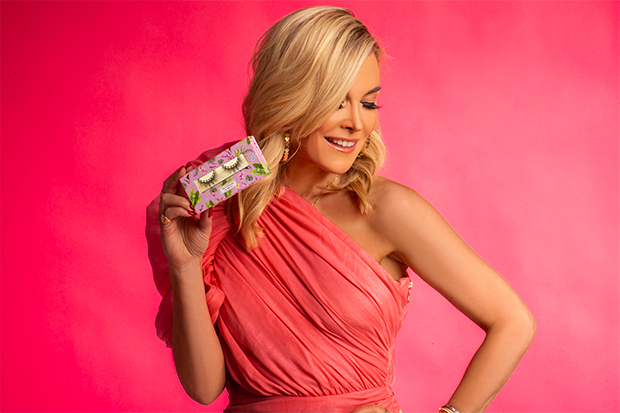 The geography in their relationship means Tinsley might be ditching RHONY after Season 12, so she can be with Scott full-time. “Scott lives in Chicago and Tinsley will eventually be moving to Chicago to marry Scott, which means beyond season 12, it will be impossible for her to be a New York housewife,” we previously reported EXCLUSIVELY.