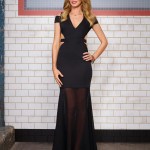 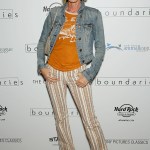 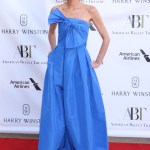 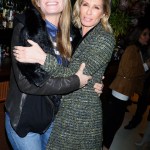 Carole Radziwill opened up about her previous time on ‘RHONY’ in an interview on SiriusXM’s ‘The Jenny McCarthy Show’ and she claimed her friendship with Tinsley Mortimer was orchestrated by producers.

Carole Radziwill, 55, may no longer be on Real Housewives of New York, but she’s not letting that stop her from revealing some shocking information about the reality series. The former Bravo star appeared on SiriusXM‘s The Jenny McCarthy Show and talked about her time on the popular show, including her close bond with co-star Tinsley Mortimer, 43, during season 10, something she insinuated was not organic and only happened when producers intentionally put them together to create a “storyline”.

“Tinsley and I weren’t really clicking,” she explained in the on-air interview. “We were on the show together, no one wanted to film with her that much, I had fixed her up with this guy I knew, so it was an easy way to do scenes together.”

To further prove her point, Carole claimed she hasn’t spoken to Tinsley since leaving the show after six seasons in July 2018. “After filming I never spoke with Tinsley and I haven’t seen or talked to her in a year or two years,” she explained. “We weren’t clicking. That was one of those storylines.”In contrast to that statement, though, Carole did admit that the fights seemed to happen “naturally” because most of the women on the series were “emotionally unbalanced” and “wanting attention.”

Like Carole, Tinsley also opened up about how she hasn’t spoken with Carole since she left, in an appearance on Watch What Happens Live. “But I love her and I should. It’s my fault,” she said about the lack of communication. When she was asked about what she thought on Carole’s comments that they were never close, Tinsley admitted it hurt. “Yeah, it hurt my feelings but I still love her,” she said. “I’d like to be friends with her again. Carole, I’d like to be friends with you again. Hi, call me.”