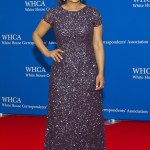 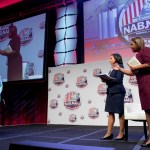 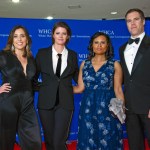 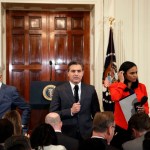 NBC News White House correspondent Kristen Welker is excitingly joining ‘Weekend TODAY’ as a co-anchor and the show’s team gave her a massive amount of support during the official announcement on Jan. 10. Here are five things you should know about her.

Kristen Welker, 43, was officially announced as the new co-anchor for Weekend TODAY on Jan. 10 and she’s already being welcomed with open arms! The television journalist, who works as a White House correspondent for NBC News, will be joining Peter Alexander every Saturday morning for her new gig, and after existing anchors Carson Daly, Craig Melvin, Savannah Guthrie, Hoda Kotb and Al Roker confirmed her addition to their TODAY family, they were full of praises. “We are so proud of you … this is really a full-circle moment for you,” Savannah said as she showed a montage of Kristen’s time with the network during the announcement. Kristen, who joined them during the amazing moment, couldn’t hold back her emotions about the opportunity she’s getting. “I promised myself I wasn’t going to get emotional but that was unbelievable,” she said after watching the montage. “Thank you so much for this welcome. To have come here as an intern, for the TODAY show to shoot that real — I looked so serious!”

Peter also joined via satellite during the announcement to welcome his new co-anchor, who’s replacing Sheinelle Jones, who stepped away from the show to spend more time with family. “First of all, I can’t wait for our first cooking segment. This is going to be so much fun,” he said. “Kristen is what I call my big little sister. She is one of my best friends in the world, not just professionally, but personally. I really do consider her a part of my family as I consider myself a part of hers. We are going to have so much fun together!”

“We are so proud of you,” Savannah continued. “We have been watching your career all these years — no one works harder, no is a better colleague, a more generous colleague. Just a delight.”

Here are five things you should know about Kristen and her impressive career.

1.) She started out on NBC as a TODAY intern. During the montage shown on Jan. 10’s TODAY, it was revealed that Kristen started in the beginning position in 1997. She’s also worked as a fill-in anchor on Weekend TODAY in the past.

2.) She attended Harvard College. She graduated with honors from the prestigious school with a Bachelor of Arts in 1998 after majoring in history.

3.) After becoming an NBC News correspondent in 2011, she’s filled in for many familiar faces. Some of them include Lester Holt, Jose Diaz-Balart, and Kate Snow on NBC Nightly News and Katy Tur on MSNBC.

5.) Her journalism dreams date back to when she was a kid. Kristen wanted to be a journalist since she was six-years-old, according to TODAY, and started her professional career as a researcher for Weekend TODAY before going on to get her first on-air job at KRCR in Redding, CA. After learning of her new job as co-anchor on Weekend TODAY, the hardworking talent was so grateful. “This is something that you dream about that I’ve worked so hard for,” she gushed during the announcement. “It is the honor of a lifetime. It’s coming full circle.”

We’re happy to officially welcome a new member to the TODAY family, but she’s not a new face around here!

White House Correspondent @kwelkernbc is now also going to co-host “Weekend TODAY” every Saturday morning. We’re taking a look back at how it all began! pic.twitter.com/bpt7DXaTqO

We look forward to seeing the addition of Kristen on Weekend TODAY! With all her experience and enthusiasm, we’re sure she’s going to do a fantastic job!