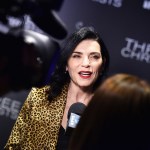 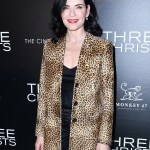 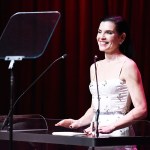 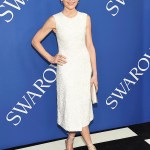 Julianna Margulies is stepping into another strong female character’s shoes! She spoke to HL about her new role on ‘Billions!’

We know that Julianna Margulies can play a bad ass strong woman, and she’s about to do it again on the beloved Showtime hit series Billions. While most about the role has been kept under wraps, Julianna spoke to HollywoodLife in an EXCLUSIVE interview about her character at the premiere of her new film Three Christs, hosted by The Cinema Society and Monkey 47 Gin. “I play a sociology professor at Yale who’s written this number one bestseller book called The O-Gap… I’ll let you use your imagination on that one!” the Emmy-Award winner laughed. “I meet Paul Giamatti‘s character, because he’s lecturing at Yale, and I’ll leave it at that.” That will have to hold us over until the premiere this spring!

The Good Wife actress added that “it’s such a fun character play.” She also admitted how nice it is to “come into a show that’s already established, where I just get to play! It’s a dream job.” Julianna spoke more to HL about her Three Christs role and working with the ultimate gentleman, Richard Gere. “He was empathetic, but he was also incredibly generous with his time, truly cares about human beings and is curious and would ask questions for everyone,” she said of her co-star. “It was a low budget movie, we were in a one-room hair and makeup in a motel somewhere in Yonkers. We’re all sitting there and Richard would come in and says hello to everyone, treats everyone the exact same way. That’s when you know he’s a good person.”

She revealed that the Pretty Woman actor actually wrote her a letter to do the film in the first place, and even talked to her on the phone ahead of filming. “I felt like I was at home on my first day, and he made it so easy.”

Three Christs follows Gere as Dr. Alan Stone who takes on the case of three schizophrenic patients — Joseph (Peter Dinklage), Leon (Walton Goggins), and Clyde (Bradley Whitford) — each of whom believe they are Jesus Christ. the film is currently in theaters.