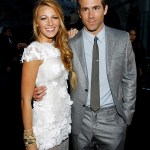 Precious cargo! Blake Lively cradled her baby daughter close to her chest with a blanket over her as she headed out for breakfast in NYC with husband Ryan Reynolds.

As with the birth of their first two daughters, Blake Lively and husband Ryan Reynolds, 43, are keeping the arrival and details of their third daughter under wraps. But they did bring the little one out with them on a breakfast date in New York City on Jan. 10. The 32-year-old actress wore a green winter jacket and black leggings as she held their baby girl close to her chest. She used a blanket to completely cover the little one, so paparazzi were unable to get a photo of what she looks like. The closest they came was in one fuzzy pic where they were inside, and the blanket came off. But Blake kept baby Reynolds underneath her coat with just the top of her head, including her eyes, nose and white, green, and yellow hat visible. 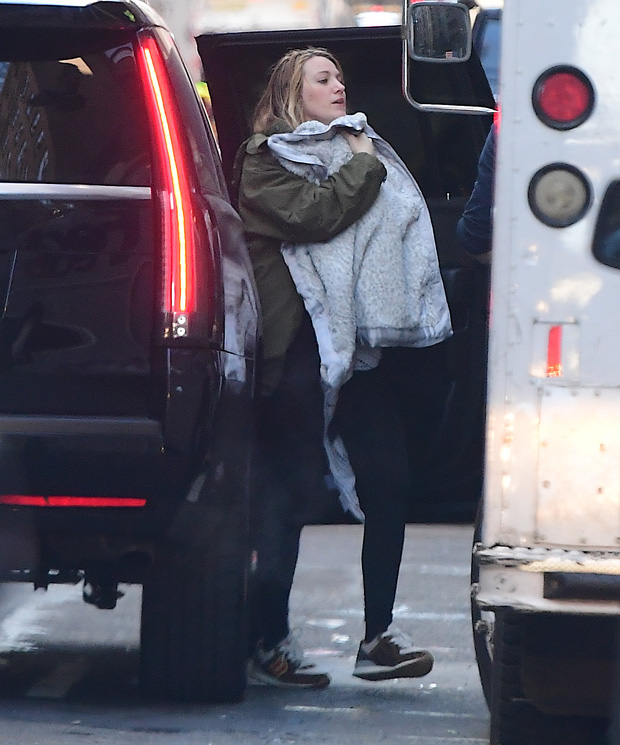 Blake didn’t even reveal her pregnancy with baby number three until she was well into her second trimester. She debuted a massive baby bump in a yellow dress when walking the red carpet at the premiere of Ryan’s animated film Detective Pikachu on May 2, 2019. She reportedly gave birth over the summer, but the news wasn’t reported until early October of 2019 that their baby had arrived.

Blake and Ryan are so private when it comes to their children. She didn’t announce her first pregnancy with daughter James, 5, in 2014 until she was well into her second trimester. Blake did it via a sharing a photo cradling her huge baby belly in an October of 2014 campaign for her now defunct lifestyle website Preserve. She secretly gave birth sometime before the New Year and the news wasn’t reported until early January of 2015.

When their second daughter Inez, 3, was born, her name wasn’t even revealed until nearly three months later, and it came from a tabloid report that later was proven true. The first time the youngsters were ever seen out in public with their parents’ consent to have them be photographed was at Ryan’s Hollywood Walk of Fame star ceremony on Aug. 13 of 2018.

We still don’t know the name of the family’s newest addition, though the Today Show‘s Hoda Kotb sure made a valiant effort to get it out of Ryan when he made an appearance on Dec. 12. She cleverly asked how he and Blake came up with the name for their new daughter and Ryan shut it down. “We haven’t yet! We’re gonna be original, and all the letters in her name are silent,” he responded.