Adele is down 100 pounds, according to a fan who recently had an unexpected encounter with the singer in Anguilla! The fan said she didn’t even recognize Adele at first glance because of her slimmer figure. And, Harry styles was there too!

Adele is kicking off 2020 on a healthy note! The “Skyfall” singer, 31, rang in the New Year on holiday in Anguilla with her 7-year-old son, Angelo, where she pow wowed with some young fans while at dinner at Blanchards Restaurant and Beach Shack. She opened up about her incredible weight loss while chatting with Lexi Larson, a 19-year-old Hingham, Massachusetts native and college student at Elon University.

“She said she lost something like 100 pounds, and that it’s such a crazy positive experience,” Lexi recalled to People while discussing her encounter with Adele. “She seemed so happy, and she looked amazing. She seemed really confident,” the psychology major — who noted that she and her friends barely recognized the singer due to her noticeably slimmer figure — said.

Upon arrival to the restaurant, the group noticed another familiar face, Harry Styles, dining with friends. “A few minutes later, Adele came over and sat down next to me and my friend and was like, ‘So what can I do for you girls?’” Lexi told the site. “We were so excited. We were talking to her for a little while, and then she got Harry Styles to come over and sit with us also. We took a picture with Harry, and we talked to them for 15 minutes probably.” 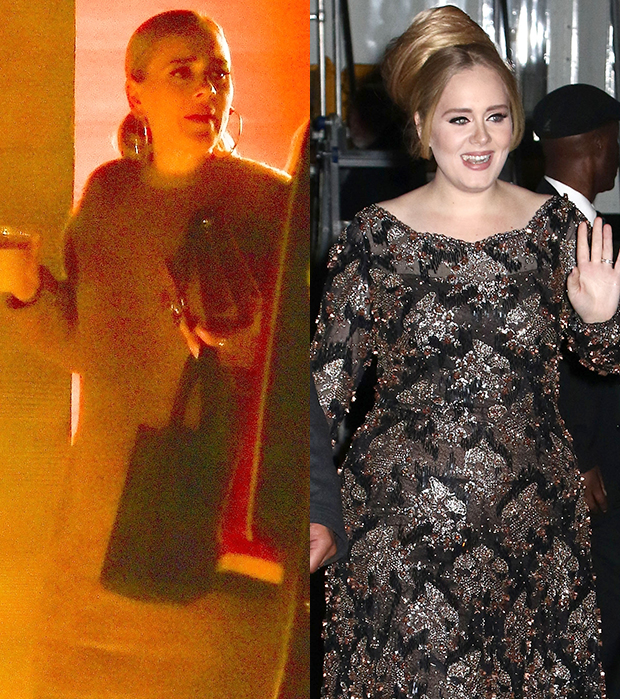 While Adele has yet to confirm exactly how much weight she’s lost, the singer has been showing off her slimmer frame in various posts on Instagram. A source previously shared that she’s feeling happier and healthier than ever after adopting a regular workout routine.

The Grammy-winning artist “has learned a lot about herself this year and losing weight actually has come easy,” an insider told HollywoodLife, exclusively. The source added that while it took “a little while to get into a regular workout routine, she really enjoys it now and it’s become a healthy habit that she loves.”

A second source explained, “Adele feels sexier than ever and she’s so happy to be going into the new year looking and feeling great… 2019 was a very hard year for Adele but it was also one of a lot of personal growth.”