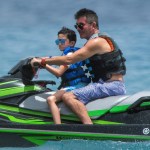 Simon Cowell is in the best shape of his life! The reality star is enjoying some fun in the sun with longtime girlfriend Lauren Silverman.

It’s amazing what simple lifestyle changes can do for you! Simon Cowell, 60, looked slimmer than ever as he went shirtless on the beach during his annual Barbados trip on Jan. 3. The X Factor music mogul showed off his trim figure in a pair of white and black graphic board shorts as he headed for a jet ski ride with his girlfriend Lauren Silverman, 42. Simon – who takes Lauren and their son Eric, 5, to the same resort for Christmas every year – looked great as he walked along the sand in knee-length shorts and later donned a life jacket.

Meanwhile, Lauren oozed glamour as she enjoyed another glorious day on the beach with her family. The brunette beauty showed off her svelte figure in a form-fitting red swimsuit, black shades, and a tan straw hat, giving us the ultimate beach getaway look. The couple, who have officially been together since 2013, shared a sweet moment on the deck of a yacht when they were spotted kissing while wet from their jet ski ride and wrapped up in towels. So adorable!

This precious moment comes after Simon revealed the secret to his 20lb weight loss. He shared that cutting out red meat and drinking light beer instead of regular beer was a huge factor in his lifestyle change. Simon, who has been vocal about his love of drinking, recently said, “You can drink this light beer but you’ve got to be sensible about quantities,” before adding, “I have loads more energy and feel great.” 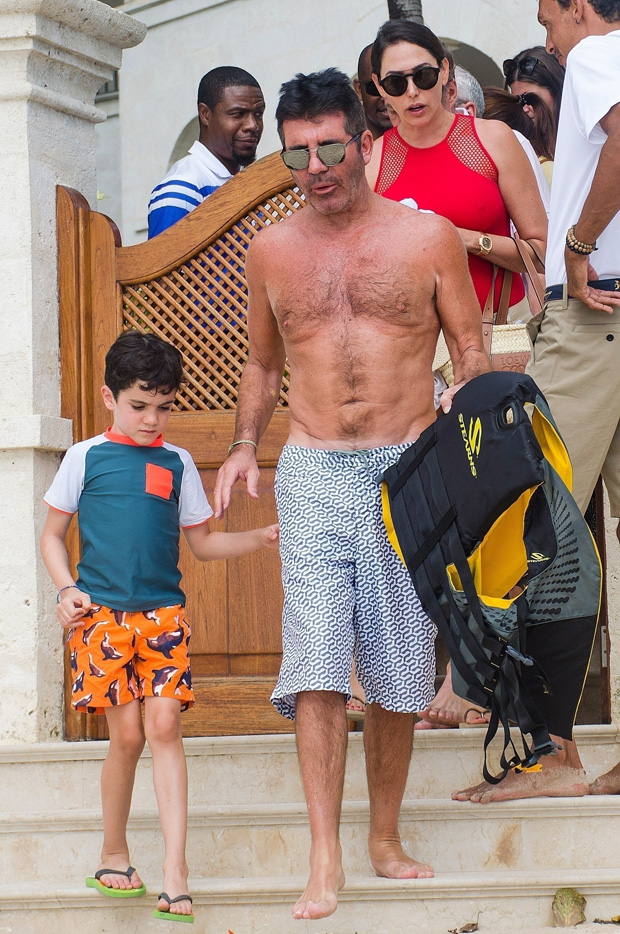 The America’s Got Talent judge also made strict changes when it came to his diet — and that included skipping one of his favorite foods: steak. “All I do is avoid just red meat,” Simon continued. “White meat is fine — and I eat loads of vegetables, salads and drink this great beer.” Simon has also adopted vegan food into his eating habits, which he’s spoken of in past interviews.

“The most dramatic period was the first month where most of the weight comes off and you look at yourself and think wow. I used to be 36-inch waist and now I’ve lost four inches. I’m really happy now,” he said.