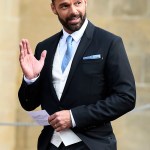 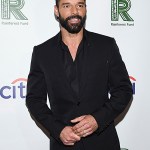 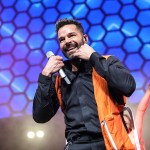 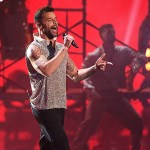 Brace yourselves, folks, because Ricky Martin just shared arguably the most thirstworthy photos of the decade so far!

Hubba hubba! Ricky Martin, 48, gave men half his age a run for their money when he showed off his glistening abs in the British Virgin Islands on January 3. The “Nobody Wants To Be Lonely” singer left little to the imagination in the set of Instagram snaps he posted where he only wore a pair of pale blue board shorts that barely covered his toned legs. He narrowly avoided a wardrobe malfunction in the last pic when the wind caused one side of his shorts to dangerously rise up! Not that anybody seemed to mind as his comments section were chock filled with comments about what a stud he continues to be. “You need to go on vacation more often if this is what you’re going to post!”, author Jeremy Kost, playfully joked. Ricky’s equally as hot husband Jwan Yosef, 36, also chimed in, writing, “Oh HELLO hunk.”

Battle of the shirtless husbands? Jwan also posted his own thirst trap photo around the same time that Ricky did where the musclebound stud showed off his enviable figure in a pair of multi-colored shorts (SEE PIC HERE!). One follower put it best after seeing both of their snaps in the same day: “Happy sexy new year!” The longtime couple celebrated ringing in 2020 in the enchanting island by partying with a bunch of their friends and enjoying a romantic jet ski ride together.

Ricky and his sex appeal has been in the public spotlight for three decades. He’s been making hearts melt for years now, going back to his “Livin La Vida Loca” days to him making people sweat on The Assassination of Gianna Versace: American Crime Story as the fashion designer’s lover Antonio D’Amico all the way to him putting on a very sexy performance with Camila Cabello, 22, at the 2019 Grammy Awards in February.

Other celebs have not only taken notice of Ricky’s hotness but have gone above and beyond at the chance of possibly getting with him! Hunky Olympian Gus Kenworthy, 28, invited him and Jwan to do a fourway with his now ex-boyfriend Matthew Wilkas, 41, in March 2018. The Grammy winner’s response? “We will definitely connect.” Ooh la la!