The Assassination of Gianni Versace: American Crime Story is the show everyone is talking about. The FX series, premiering Jan. 17 at 10 p.m. ET and based on Maureen Orth’s book Vulgar Favors, will explore the shocking murder of Gianni Versace, and the other brutal slayings at the hands of his killer, Andrew Cunanan. Singer Ricky Martin, 46, is taking on the role of Gianni’s boyfriend, Antonio D’Amico, 58. The show also stars Edgar Ramirez, 40, as Gianni, Darren Criss, 30, as Andrew, and Penelope Cruz, 43, as Donatella Versace, now 62. Get up to speed on Antonio with these 5 key facts.

1. Antonio D’Amico was Gianni Versace’s boyfriend for over a decade. Antonio, an Italian model, met Gianni in 1982. The two fell in love and spent 15 years together until Gianni’s tragic murder on July 15, 1997. Antonio was living with at the fashion designer’s Miami mansion at the time of Gianni’s death. Antonio took care of Gianni while the designer battled a rare, inner-ear cancer. “We lived like a natural couple, there was never a problem,” Antonio told The Observer of his time with Gianni.

2. He has slammed Ricky Martin’s portrayal of him. Antonio has no plans to watch the new FX series. “There has been so much written and said about the murder, and thousands of suppositions, but not a trace of reality,” he told The Observer. “The picture of Ricky Martin holding the body in his arms is ridiculous… Maybe it’s the director’s poetic license, but that is not how I reacted.” Ricky and Antonio have spoken since that interview. “I said, ‘Antonio, listen, maybe you’ve seen a couple of paparazzi shots of the actual scenes that we’re shooting, but please don’t judge the quality of it just by one picture because it could easily be taken out of context. You have to see for yourself what we’re doing, and you’re going to be so pleased with everything,’” Ricky told PEOPLE.

3. Donatella Versace & Antonio do not get along. While Antonio had a loving relationship with Gianni, he has never had that with Gianni’s younger sister, Donatella. “My relationship with Antonio is exactly as it was when Gianni was alive,” Donatella told The New York Times in 1999. “I respected him as the boyfriend of my brother, but I never liked him as a person. So the relationship stayed the same.”

4. He suffered from severe depression for years after Gianni’s death. “I was in a nightmare, I felt nothing and gave no importance to anything … the house, the money … because it felt false to have expectations of life,” he told The Observer. Antonio has since shaken his depression and founded his own fashion design company.

5. Gianni left him a considerable amount of money in his will. According to Maureen’s research, Antonio was given approximately $30,000 a month for life and the opportunity to live in any of Versace’s houses around the world. However, Donatella and her brother, Santo, struck a deal with Antonio to get his monthly payments in one lump sum. 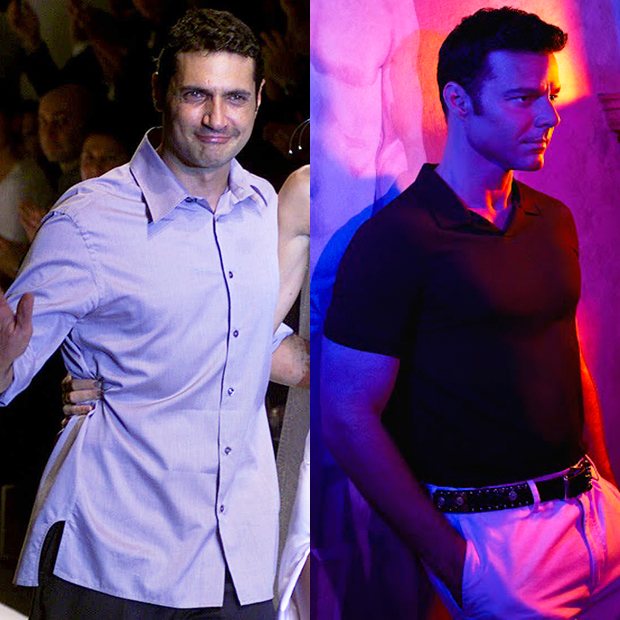 HollywoodLifers, are you going to watch The Assassination of Gianni Versace: American Crime Story? Let us know!