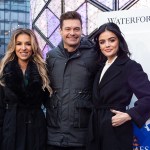 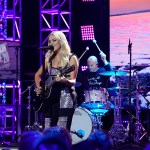 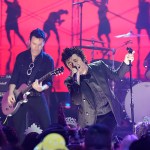 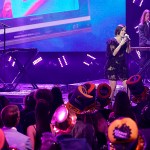 Nick, Joe and Kevin Jonas rang in the new year with some rockin’ tunes, as they performed some of their hits for a crowd in Miami, FL in the first moments of 2020!

Dick Clark’s New Year’s Rockin’ Eve With Ryan Seacrest was really on a roll, and the Jonas Brothers — including members Nick, Joe and Kevin — made it that much better! The trio, who stunned everyone when they returned in 2019 with their single “Sucker” and went on to tour some of their new tunes from their album Happiness Begins, took to the stage in the first hours of 2020 to a rousing audience.

The three siblings were in a great mood as they swayed their hips and interacted with the audience while singing their hit songs “Only Human” and “Sucker”. They looked handsome in sparkly black outfits as they showed off their incredible vocals and guitar skills. At some points, they even asked the excited crowd to sing along with them and you can bet they received an awesome response!

Of course, the brothers were joined by a slew of other incredibly talented performers throughout the night who have been ringing in 2020 in style! Along with the Jo Bros, Post Malone, BTX, Paula Abdul, and Kelsea Ballerini, among many others all made appearances or are due to perform throughout the telecast. For now, however, the spotlight wholly rests on the fun and talent of the Jonas Brothers, who had an incredible 2019 and are poised for a new, exciting chapter in 2020!

Just when it seemed the members of the Jonas Brothers had gone their separate ways, they shocked their fans with the release of their song “Sucker” on March 1, 2019. What’s more, the music video for the track became an internet sensation, as the accompanying visual featured each Jo Bro’s wife — Sophie Turner, Priyanka Chopra and Danielle Jonas. 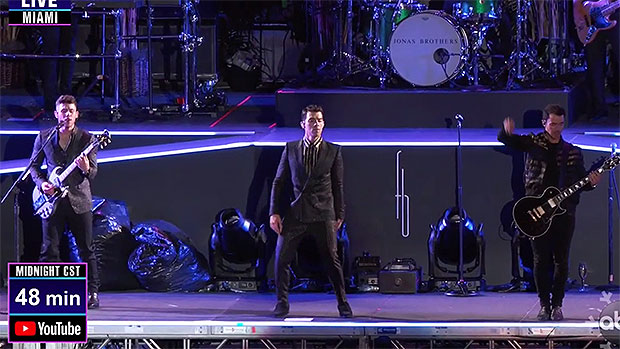 Since then, the brothers have been making the most of their time together while still juggling their personal lives. Apart from going out on tour, they have also been featured in a number of performances from the MTV VMAs, The American Music Awards (where the brothers’ performance was brought in live by satellite), and even stopped at Rockefeller center in May as the musical guest for Saturday Night Live! Now that the Jo Bros have rung in the new year, fans cannot wait to see what’s in store for 2020!