Dua Lipa and Anwar Hadid are closing out the year with some PDA in Miami Beach! The “Don’t Start Now” singer, 24, and the model, 20, shared a sweet kiss while poolside in Miami on Monday, December 30, as seen in new photos from their end of year getaway. The couple locked hands while they shared a kiss in the Florida sun.

The Grammy-winner showed off her amazing figure in a leopard-print string bikini while squeezing in some R&R at a luxury villa. Meanwhile, Anwar bared his arm and leg tattoos in a pair of dark-colored swim trunks. The bleach blonde couple was joined by a group of friends, who shared photos and videos of them online.

Dua looked rested and relaxed in Miami ahead of her big NYE’s performance. She is set to take the stage tonight during Dick Clark’s Rockin’ Eve. The 15th annual celebration will take place live from New York City as part of the New Year’s celebration into a new decade, with celeb-filled parties and performances in Miami, Los Angeles and New Orleans. Dua’s performance will take place in LA, with host Ciara and other musical guests including, Paula Abdul, Kelsea Ballerini, Blanco Brown, Dan + Shay, Green Day, Ava Max, Megan Thee Stallion, Salt-N-Pepa and SHAED. 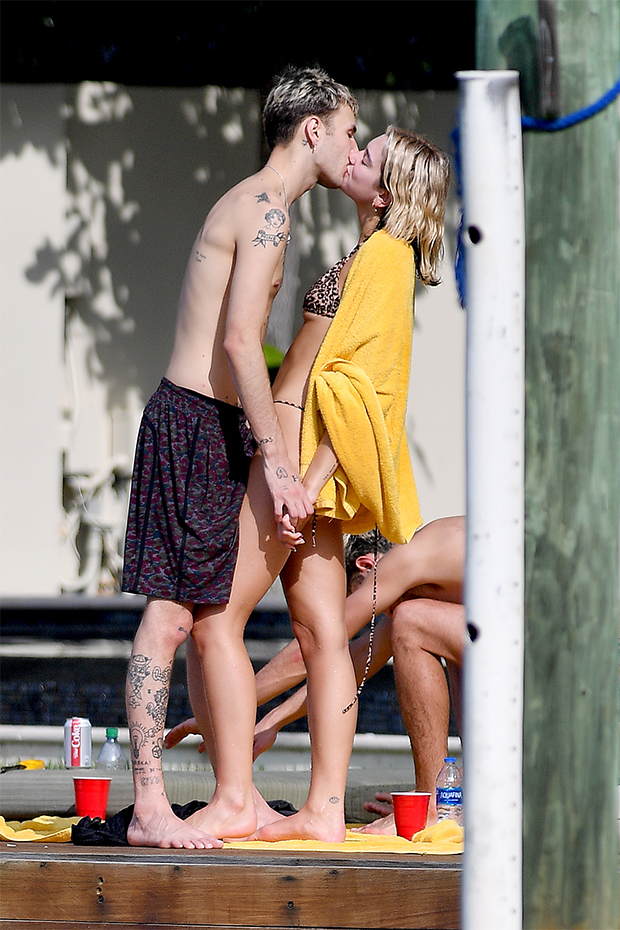 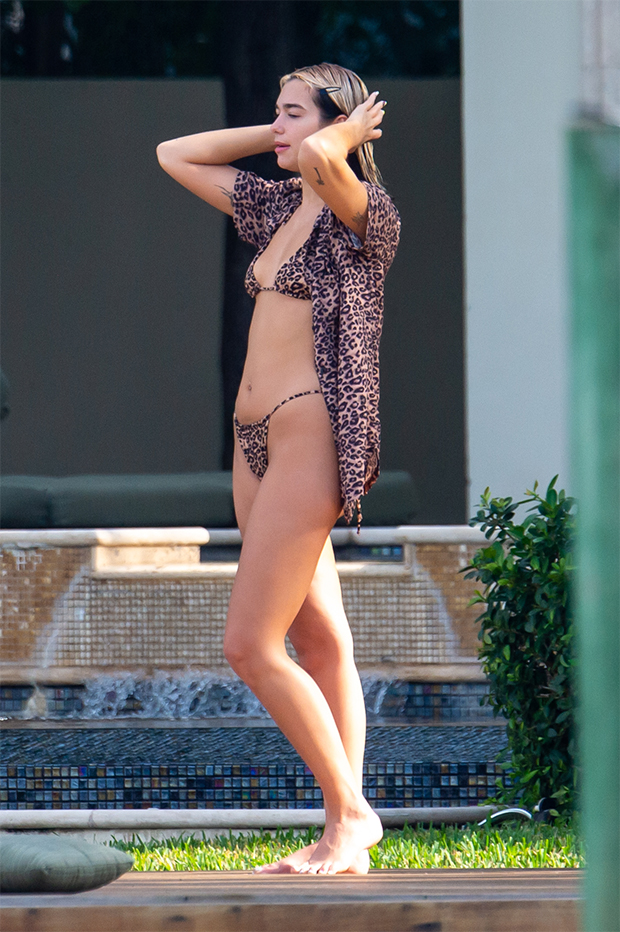 Dua and Anwar, the younger brother to Bella and Gigi Hadid, first sparked romance rumors over the Fourth of July weekend when they were seen packing on PDA at a U.K. music festival. Before that, Anwar dated actress Nicola Peltz. Ironically enough, Nicola went on to date Dua’s ex, singer Paul Jason Klein of LANY. However, she announced that they broke up in tweet back in February 2019.