From all nine of The Real Housewives franchises to Vanderpump Rules, Below Deck, Southern Charm, Top Chef and more, Bravo has really put a name for itself when it comes to television and this year was no exception. This year we’ve seen the cameras catch a lot of screaming, glasses breaking, drinking, fighting, making up, breaking up, babies being born, ridiculous dinner parties, drinking, partying, epic vacations, weddings, engagements, lawsuits, and oh — Did we mention drinking? From Andy Cohen’s, 52,  epic baby shower attended by nearly every single housewife date to the first annual BravoCon in NYC, our favorite reality stars did not disappoint entertaining fans. Now, HollywoodLife is turning the tables on them. We sat down EXCLUSIVELY with some of our favorite Bravolebrities and asked them to reveal their favorite Bravo moments from 2019 as the year comes officially to a close and they did not hold back.

‘Vanderpump Rules’ Lisa Vanderpump: “There are so many, but I certainly think that opening Vanderpump Cocktail Garden at Caesars Palace in Las Vegas and being carried in by half naked Roman Centurion guards was definitely a moment I will never forget!”

‘RHOA’ Cynthia Bailey: “My favorite Bravo moment on the show without question is my recent proposal from my fiancé Mike Hill. I love the fact that he included our daughters Noelle, Kayla & Ashelee in the proposal. I was emotional when it happened, and actually get emotional every time I watch it as well. Bravo was very gracious to honor that moment with such honesty and integrity. It meant a lot.” 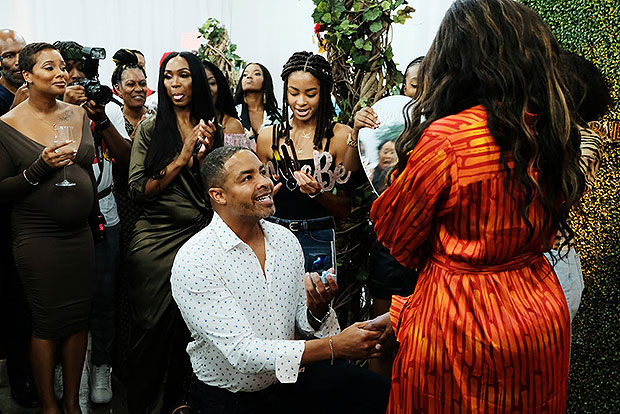 ‘RHONJ’ Dolores Catania: “Andy Cohen’s baby shower takes the cake! It was unobtainable with housewives from every franchise under one roof, the dynamic of us all interacting was amazing. Fun fact –Lisa Rinna owned that room!”

Related: Lisa Rinna’s Daughters: Everything To Know About Her Girls, Amelia & Delilah

‘RHONJ’ Jennifer Aydin: “Top three moments of 2019 – In order based on timeline 1: Watching Lisa Rinna dance on a table at Andy’s epic baby shower, my brother getting married this summer in Istanbul Turkey, and the world seeing me impersonate my girls on ‘RHONJ’- PS- “I’m a comedian….”, said someone clever!” 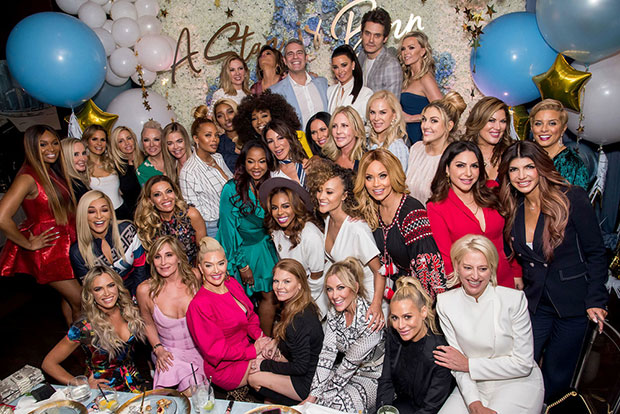 ‘RHONJ’ Margaret Josephs: “My favorite epic moment of 2019 truly was Andy Cohen’s baby shower! Aka the Super bowl of Housewives. We danced on tables with Lisa Rinna while watching Kyle Richards do splits and celebrated the ultimate Super Daddy to all of us Andy Cohen! Not much can top that!”

‘RHOC’ Shannon Beador: ‘It [is] going to Bravocon. It was a lot of work and it was an exhausting weekend. But to be able to be in a room with pretty much everyone that’s on the network was pretty insane. And to have the chance to meet everybody like that.”

‘Vanderpump Rules’ Scheana Shay: “Finding out Andy Cohen was having a baby. I just had no idea. There was such a surprise where I was so happy for him and he has the cutest little boy ever.”

‘RHOC’ Tamra Judge: “I loved BravoCon. It was such a great experience to meet all the fans who came from all over and be with so many other Bravolebrities.” 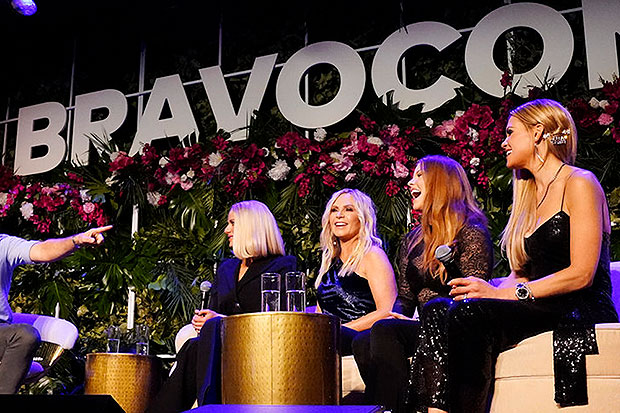 ‘RHOC’ Braunwyn Windham-Burke: “My favorite moment from 2019 was when I got the phone call that I had gotten the show. I screamed so loud and spent the whole day jumping up and down!”

‘RHOD’ D’Andra Simmons: “My favorite personal moment on ‘RHOD’ this year was when we were in Careyes, Mexico, on a girls trip celebrating my 50th Birthday and at the end of a very long day I looked at LeeAnne Locken and said, “There’s a van?” and laughed out loud at the thought of that, when she said we had to get back in the van to go home. I thought we were in Tijuana for some reason. It was a great birthday!”

‘RHOC’ Emily Simpson: “Riding jet skis full speed in Key West with Gina was so much fun!”
‘RHOD’ Cary Deuber: “I just enjoyed hitting the ski slopes with Bethenny [Frankel] this month in Aspen. It’s always fun when Bravo Housewives’ worlds collide!”
‘RHOC’ Gina Kirschenheiter: “2019 has been a crazy year to say the least. One of my favorite moments this year is in Miraval with Braunwyn at the Labyrinth Rock Ceremony. I let go of a lot and welcomed in positive vibes. 2020 is looking a hell of a lot brighter!”
Articles Trending Now