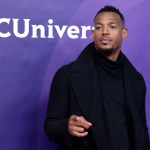 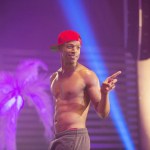 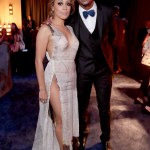 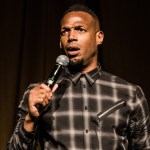 Marlon Wayans went all the way off on the referees at his son Shawn’s basketball game and his meltdown was all caught on tape!

Talk about making a scene! Marlon Wayans, 47, was a true sideline dad at his son Shawn‘s high school basketball game on December 27. The Scary Movie star attentively watched the 17-year-old play ball at Bishop Alemany High School in Los Angeles where things eventually escalated between he and the referees. At one point Marlon came down to the court level to yell at them over claims that Shawn was getting fouled and not receiving the calls from it. He took it to a whole other level when he pointed that out on his Instagram videos posted that same night.

Eyewitnesses there that evening posted footage of his meltdown during the game that included some pretty harsh words being thrown at the referees. At one point you hear him seemingly call at least one of the officials a “motherf***er” before storming out of the gym. He wasn’t alone in his frustrations, however, as another parent on the sidelines appeared to agree with him in the background of the clip.

But wait… there’s more! Another part of the clip made it look like Marlon had circled back and confronted the refs directly at the scoring table! It was there that he did some intense finger-pointing and chastising before having to be actually restrained. The legendary comedian then cooled down and walked away.

Marlon’s outburst rings similar to one that former All My Children star Mark Consuelos, 48, had at his son Joaquin‘s wrestling match right before the Christmas holiday. The situation took place during a wrestling tournament out in Long Island where the studly actor needed to be physically restrained after Joaquin’s opponent ripped his head gear off. Spectators didn’t like what went down, with one saying “what the f**k” at one point during the clip.

He and his wife Kelly Ripa (who was also in attendance that day) have stayed quiet about the tense moment on both of their social media accounts. They have instead opted to share fun memories between them by posting some pics from their winter wonderland vacation on December 25.