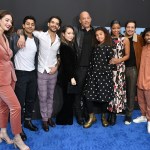 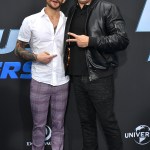 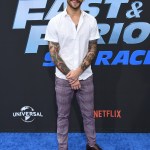 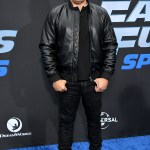 Tyler Posey is joining the ‘Fast & Furious’ universe as Tony Toretto in ‘Fast & Furious: Spy Racers.’ HL spoke EXCLUSIVELY with Tyler about the new Netflix series, the ‘light-hearted’ aspect of the show, and more.

Fast & Furious: Spy Racers is an all-new animated series, premiering Dec. 26 on Netflix, that follows teenager Tony Toretto, who is the cousin of the formidable Dom Toretto. Tony begins to follow in his cousin’s footsteps when he and his friends are recruited by a government agency to infiltrate SH1FT3R, an elite racing league serving as a front for a nefarious crime organization bent on world domination. Tyler Posey is the voice of Tony Toretto and talked EXCLUSIVELY with HollywoodLife about being a part of the first animated show in the Fast & Furious franchise and what fans can expect.

“I think there is a lot of really light-hearted comedy,” Tyler told HollywoodLife at the Fast & Furious: Spy Racers world premiere in Los Angeles. “I think that caught me off guard because it really wasn’t intended, but I was being weird with my character so it allowed for some very funny comedy. It is really natural and not forced or over the top or anything. I think that is going to catch people off guard a little bit in a good way.”

Vin Diesel, a.k.a. Dom Toretto, serves as an executive producer on the series. Since the Fast & Furious franchise is still going at high speed, HollywoodLife asked Tyler about bringing his character into the live-action films. “Absolutely! I have been a fan of this franchise since it came out,” Tyler said. “I would love to be a part of that. How fun would that be, man!”

In addition to Fast & Furious: Spy Racers, Tyler is also keeping busy with his band, Five North. “The band is going great,” Tyler said. “We will be coming out with an EP early next year and a music video hopefully before this year is over. There is a lot of cool sh*t coming up!”