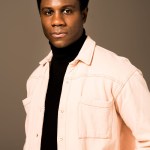 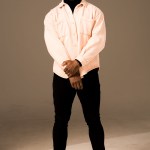 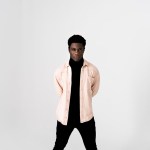 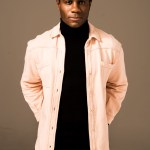 Marchánt Davis has had an incredible 2019 & his 2020 is shaping to be even more extraordinary! The actor spoke to HL about ‘Ain’t No Mo,’ ‘The Great Society’ & more.

Marchánt Davis has taken on a number of critical roles for his career in the last year, starting off 2019 in Jordan E. Cooper’s off-Broadway production of Ain’t No Mo, and continuing on to the titular role in Chris Morris‘ social satire, The Day Shall Come. He capped off his year in the Broadway production of The Great Society, helping tell the story of President Lyndon B. Johnson‘s efforts to build a “just society” for all. “Every role should have something to say,” Marchánt said in an EXCLUSIVE interview with HollywoodLife about his career. “I think any piece of work should have something to say. The question I always ask myself if, why this? Why now? Why do we need to tell this? Why do we need to hear this? What are we learning from this?”

While many may surmise that rom-coms and even comedies don’t have those important ‘lessons’ or even cultural commentaries within them, Marchánt sees beyond that. “Ain’t No Mo was a comedy, but at the same time it was about the US government giving black citizens a choice to either take a one-way reparations flight back to Africa or change into someone else. Through a series of vignettes, you see how people cope with that decision,” he explained. “I like comedies, but I like comedies with consequences.” The Public Theater production was produced by none other than Lee Daniels, who had an entourage of his A-list friends attend the show during its run.

“Jordan Cooper always said the reason he did Ain’t No Mo was because he wanted people’s presence at the back of their minds to be felt at the front of their minds, and Lee took that and made sure people got to see it,” Marchánt revealed. “I mean, Steven Spielberg, Anna Wintour, Angela Bassett, Queen Latifah, Bradley Coper, they all came to this small theater with 200 seats.”