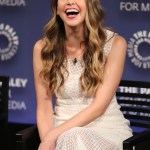 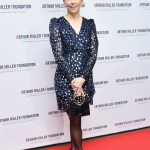 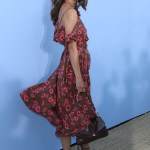 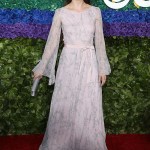 Everyone remembers their first Broadway show & Sutton Foster revealed that her daughter’s might be the one she’s set to star in!

Everyone is anxiously awaiting The Music Man Broadway revival, starring the legendary Sutton Foster and Hugh Jackman. In an EXCLUSIVE interview with HollywoodLife, Sutton revealed that the highly-anticipated show, which begins rehearsals in July 2020, could be the first Broadway production her daughter, Emily, 2, sees! “The last show I did in New York eight shows a week was Sweet Charity, and that was just before Emily was born, but I’m excited because this could potentially be Emily’s first Broadway show,” the actress explained, while discussing her new partnership with LACTAID®. “My brain sort of explodes! I’m excited to be able to share this journey and experience with her, I think it’ll be really cool.”

Sutton, who made her Broadway debut as Sandy in Grease in ’96, also discussed how she plans to adapt the character of Marian Paroo in The Music Man revival. “When doing revivals, there’s a pedigree. There’s the people that have played the role before, there’s an expectation, there’s all of these things, and you begin to feel that it’s sort of impossible,” she explained. ” I want to be curious… I want to be curious and open. I don’t want to try to be anyone, but I want to find my own way into this production, into this role, into my relationship with Hugh Jackman.”

She continued, “If I try to do what has been done before, I will fail, because what’s been done has been done. I want to discover my take, but I have no idea what it is yet. It’s my first time doing a show and being a mom, so that’ll be interesting!”

The Younger actress also opened up about her food sensitivities, and why she recently partnered with lactose-free LACTAID® milk. “It’s been a game-changer! We use it in everything, even baking, cooking and smoothies! You can have milk in your house again, even if you have sensitivities to dairy,” Sutton said. “It’s a no-brainer!”