As a woman who gets the “side eye” from younger men, Wendy Williams thinks Madonna‘s handling her rumored romance with Ahlamalik Williams, 25, all wrong. The 61-year-old singer was spotted showing off some PDA with her backup dancer while vacationing in Miami over the weekend with daughter Lourdes Leon Ciccone, 23, and her beau. — Something Wendy pointed out since Williams and Lourdes are just two years apart.

“He is three years older than her daughter, Lourdes. They’re all on the same vacation and there’s old grandma booed up with a 25-year-old,” Wendy said during Hot Topics on her December 16 show. “Here’s what I feel about stuff like that, because when I go out I get the side eye from young boys. But, here’s the thing, it’s supposed to be a one night stand, if that — not a boyfriend,” she declared.

“You know what, she’s become that old lady that I feel bad for,” Wendy admitted, explaining, “Because, I don’t think she understands that it’s ok to grow older gracefully. Like, we do stuff, we go through stuff. If a 26-year-old girl is lucky, she’ll live to be 61 like you, Madonna. It’s ok!” 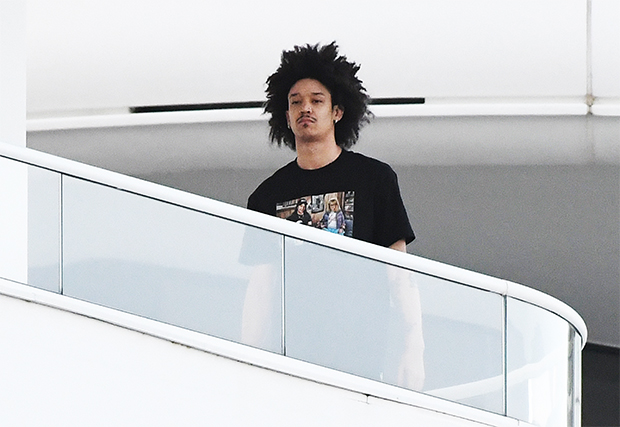 While the talk show host didn’t favor Madonna’s rumored romance, she did admit that the singer “looks great for 61,” after sharing the new PDA pics, which were snapped on the balcony of luxury hotel. “I mean, you see filler but she still looks great!”, Wendy added.

Madonna and Williams were photographed getting cozy, where he was pictured with his arms around her waist as the two overlooked the Miami views. He rubbed her shoulders in more PDA snaps, and was pictured shirtless other pics.

It’s unclear if Madonna and her backup dancer are romantically involved. She has not directly addressed the photos or relationship reports.