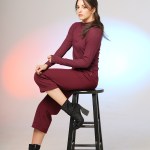 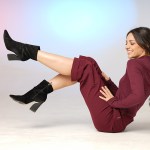 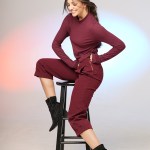 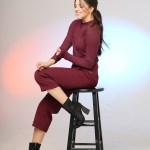 From the Broadway stage to the OR, Ana Villafañe has taken on the role of New Amsterdam’s newest season 2 addition, oncologist Dr. Valentina Castro. Of course, fans were wary of Castro and what her presence would mean for Max (Ryan Eggold) and the rest of the gang, but the doctor we’ve seen the newcomer have the most friction with so far is Dr. Helen Sharpe (Freema Agyeman). “People are very unsure, but look, my character is very driven and very assertive and knows exactly what she wants. She’s also there for the greater good, which is tough because Dr. Sharpe, is so individual-based,” Ana explained in an EXCLUSIVE interview with HollywoodLife.com. “Sharpe has such a great rapport with her patients already, and Castro comes in and she’s a little more about the science. People are definitely put off by her, but but I think she’s fierce and she knows what she wants, and she’s smart, and I love that.”

She added, “That’s one thing that I’ve been very adamant about right now is wanting to play these smart women who have these incredible stories and who can just be fierce.” Ana took some time off to travel after making her Broadway debut as Gloria Estefan in On Your Feet! in 2015. While she’s framed to be Sharpe’s worthy adversary this season on New Amsterdam, Ana reminded us that both women are working toward a common goal, and “there is nothing more powerful than female collaboration.”

“We’re both co-chairs of the department, two people who are empathetic and are looking to serve the patients and serve people and to make lives better,” she explained. “I think there’s more power in staying more focused on that rather than the ‘I want to beat you at what you do.’ That’s never going to be helpful or healthy in real life and in representation in media.”

Ana recalled working with Lucy Liu on episode 11 of this season, and the Charlie’s Angels star made a point to ensure Sharpe and Castro’s body language communicated that the two, despite butting heads, were working together. “She was saying to make sure that our pace was always together and not one catching up to the other in these long shots down the hallway — to make sure that we’re walking together. Even if we were saying something that’s a little bit combative, walking together sets that tone that we are still working together.” Ana said. “Our goal is still the same, even if we don’t see eye to eye, which is really powerful, especially for women.”