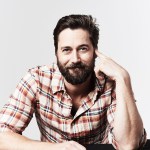 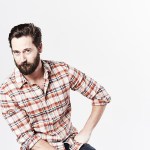 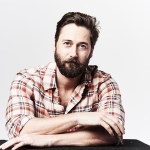 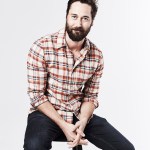 The wait for ‘New Amsterdam’ season 2 has been long, but it’s going to be so worth it. HL spoke EXCLUSIVELY with EP David Schulner about the fates of those involved in the crash, how Max is coping, and more.

New Amsterdam season 2 premieres Sept. 24 at 10 p.m. on NBC. The season 1 finale left everyone with their jaws on the floor. Max’s pregnant wife Georgia gave birth to baby Luna at home, but their happiness was abruptly cut short when they were involved in a horrific ambulance crash, along with Bloom and Sharpe. Bloom was thrown from the vehicle, Georgia was unconscious, Sharpe was nowhere to be seen, and Max was left holding Luna.

HollywoodLife got EXCLUSIVE scoop from showrunner David Schulner about what lies ahead in season 2. He promised that we would find out the fates of everyone involved in the crash over the course of the season 2 premiere. The accident will make everyone on the show “reevaluate their lives.” He also teased how Max is dealing with the crash, his health, his new baby, and more. Buckle up and grab your tissues because New Amsterdam is BACK!

Where are we picking up in the season 2 premiere?
David Schulner: We’re picking up 3 months after the ambulance crash. A lot has changed in those three months and the audience will hopefully have a lot of questions about how things changed and we’ll start revealing slowly at first, and then more later as we ramp up, what changed and how it changed.

How long will it take for us to find out the fates of the main people involved in that crash?
David Schulner: You have to watch the whole episode. One by one we’ll start revealing the characters that survived. So, in every act, you’ll get a sense of who is being revealed and who is not.

How is Max dealing with everything when we pick up in season 2?
David Schulner: Well, Max is being Max, which means he is putting everyone else’s health and priorities ahead of his own. He’s dealing with the aftermath of the ambulance crash, but he still has a family to take care of, he still has a hospital to run, and he still has friends and people who need him. He’s trying to put whatever grief he has behind him.

Without giving too much away, how will the crash impact the doctors and other employees at the hospital? Because it did involve so many of the people that they know and love.
David Schulner: I think the crash makes everyone reevaluate their lives. Even someone like Iggy, who wasn’t involved in the accident, is only there for the aftermath, the incident really causes him to look at his life and want to make some changes. I think you’ll find every character in a new place than they were before the accident. It really has shaken everyone up and forced them or gotten them to make some big changes in their lives.