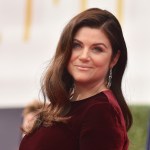 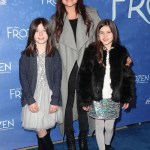 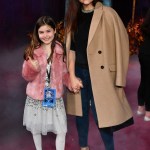 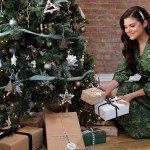 If there’s really a ‘Saved By The Bell’ reboot in the works, Tiffani Thiessen hasn’t heard about it, the actress said in an exclusive interview with HL!

Mario Lopez spilled the beans in September that a Saved By The Bell reunion/reboot may be happening sooner, rather than later. But it appears that the plans are still in the works! Tiffani Thiessen, 45, who played iconic characters, Kelly Kapowski, on the 90s teen show, says she hasn’t been approached about it! “They (producers) haven’t said a word to me” about a Saved By The Bell reboot, Tiffani told HollywoodLife in an EXCLUSIVE interview at the LA premiere of Frozen The Musical. While Tiffani is all for resurrecting cool girl Kelly, she’s okay if it doesn’t happen.

“I’m doing another show at the moment I have Alexa & Katie, which comes out December 30th,” she explained on December 6. “And I know Mark-Paul [Gosselaar, who played Zack Morris] is the same way, he’s got another show, so maybe that’s why [I haven’t heard from them] I don’t know.” Mark-Paul, 45, is one of the stars of ABC’s hot new show, mixed-ish. He addressed the Saved By The Bell rumors at FAN EXPO Canada in September, saying, “”There’s talks, there’s always talks. I just heard recently there’s talks. We know about it. All three of us know about it, this person that’s going to tackle it,” referring to himself and Mario, 46, who played AC Slater, as well as Elizabeth Berkley, 47, who played Jessie Spano, who were at the event with him.

Mario told HollywoodLife EXCLUSIVELY in November 2018 that he’s “not opposed” to a reboot of the show, which ran from 1980 to 1993: “I’ve got a lot on my plate, but I’d never be opposed to something if it was smart and cool, you know? Obviously, we can’t go back to high school, right? We’re too old for that, so if my kids were older, then it’d be kind of fun. Right now, it’d have to be Saved By the Bell: The Elementary School Years.”

The Saved By The Bell cast is still chummy, so they’d definitely let Tiffani know if she was missing out on some important news. They got fans in a frenzy when they hung out together, with their spouses, in April, and posted the cutest group pic on Tiffani’s Instagram.