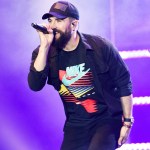 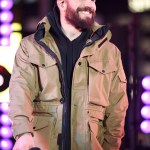 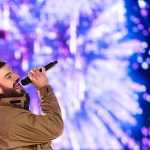 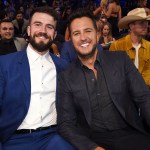 Ahead of his performance at the Stars and Strings concert in NYC on Dec. 4, Sam Hunt opened up about why he’s so drawn to writing ‘sad’ and ‘vulnerable’ songs, and HollywoodLife has an EXCLUSIVE clip of the Q&A!

Sam Hunt took the stage in New York City on Dec. 4 for the first time since his DUI arrest in November. The country star headlined RADIO.COM’s Stars & Strings concert at the Barclay’s Center in Brooklyn, and he chatted with NY Country 94.7’s Kelly Ford backstage before the show. Sam is currently finishing up his second album, and has been open in the past about why it’s taken him so long — he’s happily married to Hannah Lee Fowler, and generally “needs adversity to find inspiration.” Now, in this EXCLUSIVE clip from Stars & Strings, Sam opens up further about why he’s so inspired when he’s vulnerable.

“I’m not typically a vulnerable person,” Sam admitted. “I don’t really express vulnerability in my day to day life. If you knew me, I’d never really show that side of myself. So I think music is the place to express that and get that out of my system a little bit. I guess all of my happy moods, I can get that out in day-to-day life. But the suppressed feelings, I go to the guitar to get those out. So that’s why it’s a little bit easier to write from that place than when I’m in a good mood. I’m just guessing that’s why that is!”

Sam added that he’s always “been drawn” to “more poignant songs,” but confirmed that he also loves a good “light-hearted, fun song,” as well, so hopefully we’ll be getting a mixture of both on his upcoming record! The 34-year-old has not released an album since Montevallo in 2014, so fans have been anxiously waiting for his new music for QUITE some time. Luckily, he confirmed during the Stars & Strings show that he WILL be putting out the new album in 2020.

In addition to his sophomore record, Sam said he also plans to hit the road for a full tour in 2020, after only playing a few shows this past year. However, he certainly was no stranger to the stage at Stars & Strings, and performed non-stop for an hour straight with a smile on his face. Throughout the set, he interacted with the crowd more than ever before, and seemed happy and healthy. It’s time for the comeback, kids!