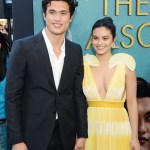 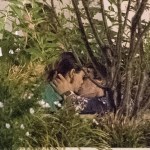 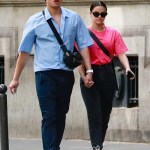 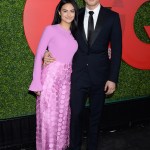 ‘Riverdale’s Camila Mendes and Charles Melton have reportedly decided to put the brakes on their one-year relationship and focus on themselves.

The source continued to reveal that although the former lovebirds are still busy filming Riverdale, Charles has also been in Louisiana filming the upcoming movie Swing and they have been trying to juggle their projects outside of the show. “They both have movie projects separately and it’s been a lot on both their plates,” the source explained. “Nothing in particular happened, they just both felt busy and overwhelmed and it was a lot of pressure on them.”

Despite the break, both Camila and Charles have no bad blood between them and still talk on a regular basis. “They are still in touch and both understand they need to be cordial while on set and throughout press for the show,” the source continued. “They have been filming together while being split and things have been normal. Everyone is very close on the show and are all very good friends. They can’t ignore each other so they just remain cordial and try and focus on filming. They are still filming Riverdale season 4, but will have a break for the holidays for a few weeks.”

Rumors of a split between Camila and Charles have been circulating around social media since the two hadn’t posted pics together in months, with the last one being a Riverdale cast pic that Camila posted in Oct. They first sparked romance rumors back in the summer of 2018 when they were spotted sharing a kiss at the movies in Vancouver.