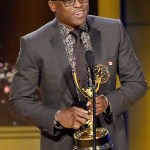 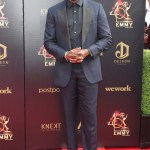 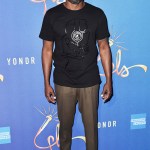 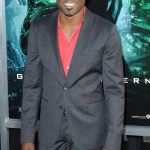 Wayne Brady has entered the world of superheroes and villains! The ‘Whose Line Is It Anyway?’ star spoke to HollywoodLife about his new role in ‘Black Lightning.’

Fans are ready to see Wayne Brady in a new role come 2020 — as Tyson ‘Gravedigger’ Sykes in the CW series, Black Lightning! Diverging from the typical roles we’ve seen the comedic star in, like in Whose Line Is It Anyway? and as the host of Let’s Make A Deal, Wayne revealed to HollywoodLife.com how excited he was to become a part of the DC Universe. “I’ve been a fan of Black Lightning since I was a kid reading DC comic books, and then to see that it was made into a show, of course I was hooked from from day one. I’ve wanted to be a part of the DC Universe and to be a part of a Greg Berlanti project for a while now,” he revealed in an EXCLUSIVE interview while promoting his partnership with Tracfone. “I was approached about doing Gravedigger, who is, depending on the iteration they’re going with — which I believe is the third one — this character actually has had a few lives.”

Wayne continued to explain that his Gravedigger was “hiding as a former soldier special operative who was given something very similar to the super soldier serum that Steve Rogers, over in the Marvel Universe had — except this super soldier serum gave Gravedigger enhanced strength, but also things like telekinetic powers and maybe some telepathy.” The actor said, however, that Gravedigger is “a little disgruntled right now” when he comes into the CW series in early 2020. “I don’t know how he’s going to interact with Black Lightning,” Wayne said. “He’s being called a villain, but I also know he’s been on both sides of the law, so being a villain depends on your profession and I can’t wait to see what his place in the show is.”

While it may seem different to see the hysterical actor in a more serious role, Wayne explained that “acting is acting” and “whether it’s comedy or drama” he “loves being able to do the whole spectrum.” “But I feel that if you can do comedy, then you can do anything because it’s the same muscle. It’s more to make someone experience the emotion of laughter. I never wanted to be pin-holed as ‘just one guy.'”

Wayne spoke to HollywoodLife while promoting his partnership with Tracfone, who recently relaunched it’s brand and announced new plans that give consumers the control they want with no-contract plans that feature Unlimited Carryover Data. “TracFone is basically giving you money by saving you money, because they’re putting an end to all this waste,” Wayne explained. “No one wants to waste money and now they don’t have to!”