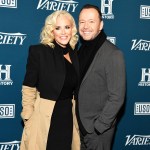 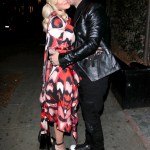 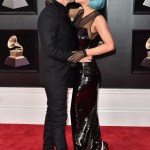 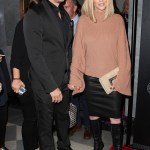 For the first time in ten years, Jenny McCarthy will not be in Times Square to celebrate the New Year! She revealed to HL her plans to ring in 2020!

Jenny McCarthy is always a staple at the Dick Clark’s New Year’s Rockin’ Eve special, and this year she will be noticeably absent. In early October, the radio host revealed that she would be stepping away from her hosting duties this year for the first time in a decade, at the request of her 17-year-old son, Evan. “It usually dips into our Christmas time too, because sometimes we had to travel on Christmas day, and starting from when Evan was age eight or nine. This year, he was like, ‘I’m going to be 18 next year. Can we just stay home?'” Jenny revealed in an EXCLUSIVE interview with HollywoodLife.com, “So to see a smile on his face will be everything just to be home and kiss Donnie [Wahlberg] privately.”

Jenny continued to say that she is excited her plans are “nothing!” “Just sit on our sofa and to wear my flannel pajamas and my cozy UGG socks and be in my husband’s arms,” The Masked Singer judge said. “My son and his buddies will all be in the house and we will just be hanging out as a family and I get to stay warm. It’s just been a really long time.” Her husband, Donnie, who she actually met for the first time while working on the New Year’s Rockin’ Eve special, added that he was equally as excited to be in the comfort of their home to ring in 2020. “Now we don’t have to stop kissing because Jenny has an interview at 12:02 after Ryan [Seacrest] interviews the people on the stage!” he laughed.

Donnie and Jenny are both, at the moment, super focused on their Thanksgiving plans, however! The couple partnered up with French’s to help celebrate their family Thanksgiving with the French’s Green Bean Casserole, topped with the delectable French’s Crispy Fried Onions! “We both really come from humble beginnings and Thanksgiving is a time for us to be grateful for all we have, but also to celebrate where we come from,” Donnie explained of their decision to team up with French’s to make the holiday dish. “We’re not the type of people to hire some fancy chef to come in and cook Thanksgiving for us, Jenny cooks it. Everything we do is the stuff that our parents did. I prepare little appetizers and it’s all the things my mom used to make on a shoestring budget, and nothing better represents that than French’s Green Bean Casserole. It’s a perfect tribute and a way to honor our humble beginnings.”

The Blue Bloods actor added that he’s just a huge green beans fan, and even revealed that on the show, he is always served green beans during the iconic dinner scenes. Jenny confirmed that she individualizes the casserole for her hubby, adding in some hot sauce to spice things up! “He lives it spicy, a lot of pepper or even hot sauce. And my little touch is adding mushrooms, because I like veggies in there, but we both love the French’s Crispy Fried Onions, and we use double the amount they call for,” she laughed. “You can’t help it!”