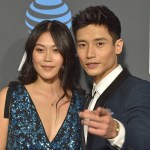 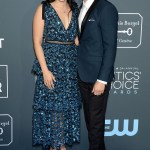 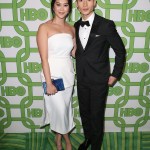 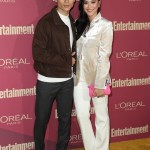 They’re definitely in The Good Place! Manny Jacinto and ‘Warriors’ star Dianne Doan are officially engaged, as Manny revealed that he took inspiration from his NBC series to pop the question!

Manny Jacinto, 32, and Dianne Doan, 29, are officially engaged! The Good Place star, who plays Jason Mendoza on the award winning sitcom, revealed the exciting news while attending a panel alongside his Good Place co-stars D’Arcy Carden and Marc Evan Jackson at Vulture Festival 2019 on Nov. 9. “I was toying when to pop the question for a long time,” Jacinto explained to Vulture. “I looked at the Janet/Jason relationship, and there’s a sentence that Jason [Manny] says to Chidi [William Jackson Harper] about relationships and it hit me pretty hard. I thought it was a sign that I needed to do it, and a week later I popped the question.”

Manny’s proposal was truly a romantic trip down memory lane for the longtime couple. The actor shared that he took Dianne to a number of landmarks and places that were pivotal to their relationship. “I took her to places that really meant a lot to us,” he shared. “Where I first met her, where I first saw her, where we had our first date, and where we had our first dance class.”

Of course, it wasn’t only visiting these spots that were a part of Manny’s proposal plan. “I had these canvas things written down with a message saying why the places were important to us,” he revealed. “At every location I had her close her eyes, I’d hold up the canvas, and she would open her eyes. I took her through five different places, and at the last place I had our families waiting and I proposed.” We can’t help but think these two are living in the good place right now! Congrats to the happy couple!