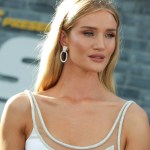 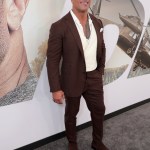 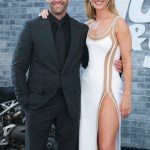 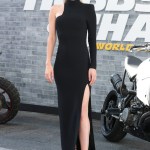 Vanessa Kirby joined the Fast & Furious universe as Hattie Shaw, Deckard and Owen’s sister. She made her big debut in Hobbs & Shaw. Hattie is an MI6 agent who is the definition of fierce. She holds her own with Hobbs, Shaw, and the rest of the gang. “I think that Vanessa is such a brilliant actress,” Dwayne Johnson says in our EXCLUSIVE video. “Her skill set is boundless. What was important to us was that we would create a female role that was legit, accomplished, an MI6 operative who is exceptional at what she does.”

Idris Elba adds, “Vanessa Kirby and I really got on. She’s an actress capable of so much. She switched it on — full-on no jokes.” Vanessa admits that she loved director David Leitch’s vision for Hattie because “he wanted the woman to be as capable as the men. He was really adamant that she was as strong as them and as much of a fighter.” David calls Hattie “one of my favorite characters.”

The film follows Luke Hobbs and Deckard Shaw as they team up against cyber-genetically enhanced anarchist Brixton Lorr, who gains control of an insidious bio-threat that could alter humanity forever. Hobbs & Shaw is full of non-stop action all across the globe.

Hobbs & Shaw was released digitally on Oct. 15. The 4K Ultra HD, Blu-ray, and DVD is jam-packed with over 80 minutes of bonus features, including an alternate opening, deleted scenes, extended scenes, feature commentary, and so much more. The movie will also be available on 4K Ultra HD in a combo pack consisting of 4K Ultra HD,  Blu-ray, and digital code.