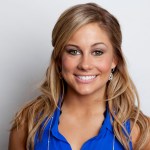 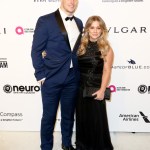 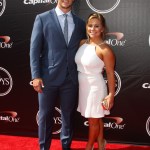 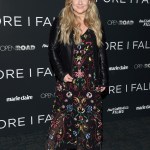 Baby makes three for Shawn Johnson and Andrew East! The happy couple welcomed their first child together — a girl! — on Nov. 4 and they’re absolutely thrilled.

Shawn Johnson, 27, is officially a mama! The former Olympic gymnast gave birth to her first child and excitedly announced the news on Nov. 4. Naturally, she and her husband, Andrew East, are overjoyed. This miracle baby comes two years after Shawn suffered a miscarriage during her first pregnancy, so it’s extra special that this baby is finally here. “You are our everything. Welcome to the world baby girl,” Shawn captioned a Nov. 4 Instagram post that featured her, Andrew East, and their brand new baby! The picture — taken by Teale Gunter (@tealephotography)– is beyond precious and radiates pure joy. If that wasn’t cute enough, Andrew shared a video of he and Shawn doting over their new daughter (with Ray LaMontagne’s “You Are The Best Thing” playing in the background.)

Throughout Shawn’s pregnancy, she regularly posted updates on social media as her due date neared. Shawn was not shy about showing off her growing baby bump, and now, she has a little bundle of joy to show off instead! Earlier this year, Shawn stopped by HollywoodLife to talk all about her pregnancy and opened up about why she was so open about her miscarriage and the aftermath. “I felt very lost, and almost broken, just not knowing how to continue and how to move forward,” Shawn told us EXCLUSIVELY. “And the community that came forward were women who have struggled with infertility and miscarriage and everything. It was this feeling of…I’m not alone.”

Shawn and Andrew got engaged in 2015 and were married less than a year later in April 2016. The 27-year-old first revealed her miscarriage in an emotional YouTube video, then did the same with her April 2019 pregnancy announcement. “We cannot WAIT to welcome you to the world and shower you with love,” she wrote to her unborn child at the time. “@andreweast WE DID IT!”

We could not be happier for Shawn and Andrew as they embark on this next step in their relationship together. Congratulations to the super proud parents!