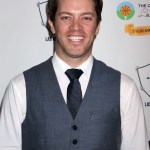 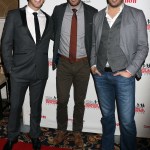 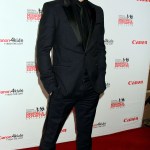 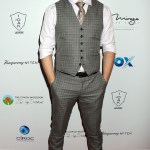 In July, JD Scott made the shocking announcement that he’d been near death while struggling with a mystery illness. Not the 43-year-old renovation expert and brother to the beloved Property Brothers, says he’s doing much better after being diagnosed and treated for mercury poisoning. But he’s still not 100 percent well. “You know what? I just said this to (wife) Annalee yesterday. The last few days I feel almost back to normal, and it’s been amazing. It’s been so long since I felt good, and like myself. I’m really getting close,” JD tells HollywoodLife.com EXCLUSIVELY.

JD and Annalee Belle just tied the knot on Halloween in a vintage movie themed wedding at a private home in Las Vegas. But his treatments prevented the couple from immediately taking a honeymoon, and he also had to skip out on a bachelor party. Annalee says, “And that was part of the reason that we didn’t go on a honeymoon, because this mercury cleanse he had to do, there’s potential that it would make him really, really ill. And we just didn’t want to risk taking a big trip if he wasn’t feeling great.” JD adds, “Yeah. That’s also why I didn’t do a bachelor party. For that reason. Because normally, our group of friends, we travel somewhere exotic for a bachelor party. Maybe, maybe down the road, it’d be a post bachelor party.”

We spoke to JD the in July right after the announcement of his mystery illness, that he said left him with extreme fatigue, “brain fog.” extreme heat sensitivity and more that left him housebound in Las Vegas. He finally got the mercury poisoning diagnosis in the last few months as doctors were treating his other symptoms. “Yeah. So, that came up just as we were treating the other part of this. And of course mercury is not a good thing in your body,” he explains.

“And my levels were extremely high and we still to this day don’t know where that came from. It’s very hard to figure that out sometimes. But I’ve done one round of the treatment, and it’s down to half of what it was before. I’m just slightly over the acceptable level now. So I’m going to do a little more, and then I should be home free,” JD tells us.

Obviously he can’t eat sushi or “Any fish that does have mercury in it. So actually salmon would be fine and scallop. But tuna is off, can’t do tuna. So yeah, I’ve been careful with diet, but the treatment’s actually pretty involved. There’s a lot of stuff that I have to take on a daily basis,” including drinking charcoal twice a day. Annalee adds, “There was basically seven steps of supplements he had to do, twice a day. So as soon as he woke up, and before bed, he had to take a series of liquid supplements.”

When we asked him if doctors have a timeline for when he’ll be 100 percent feeling like his old self, JD explains, “They don’t know exactly. It’s one of the things where you’ll know when you get there, but I’m getting really close, and this is the first time I felt well enough to travel, so I’m going to Toronto to film. So it’s good. If I’m feeling good enough for that, then I’m getting very close to being right back to normal.”