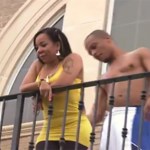 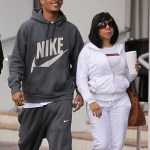 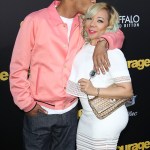 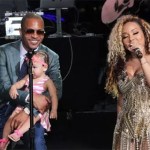 Tiny revealed didn’t ‘have to have a man’ during her 2016 split from T.I. which almost lead to their divorce.

Tameka “Tiny” Harris’, 44, is opening up about her break from husband T.I., 38. “I was living the life,” Tiny revealed on Tip’s ExpediTIously podcast. “I wasn’t with no man. I didn’t have no man…No, I didn’t have male company. But I didn’t miss it, either…I didn’t miss it. I was getting money…I was running my s–t. I was goddamn kicking it. I was going where I wanted to go. You know what I’m saying? I was having fun times.” The couple — who have been together 18 years and married for nine — split in 2016 before reuniting, and opened up on the podcast about their relationship.

“I cut my ties…it was a separation…there was a time I was not married,” Tiny said right to T.I.. While they were split, the Xscape singer even filed for divorce amidst accusations that T.I. had stepped out on their marriage. “When you wasn’t married I cut myself, away,” Tiny continued. After getting back together, the couple welcomed their adorable daughter Heiress Diana, 3, and were already parents to Clifford Joseph III, 14, and Major Philant, 11.

The couple have actively talked about their marriage struggles on their show T.I & Tiny: The Family Hustle as well as on social media. They seem happier than ever lately, even jetting off to Europe for their ninth wedding anniversary in August and celebrating Tiny’s birthday with a lavish trip in Spain! “I mean, I think you just got to be spontaneous. You got to be open-minded to just trying to find new ways to keep your love hot,” Tiny added — and it seems like the sexy couple has been doing just that.

Tiny also wanted other women to know that they don’t need to be defined by a man. “You don’t have to have a man’s love-to feel whole. That’s all I’m saying,” Tiny explained to listeners. The couple didn’t spare any details in the racy chat, even opening up about their sex life and how much T.I. loves Tiny’s curves!