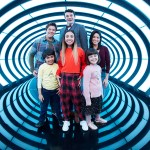 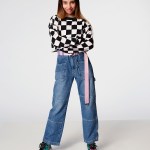 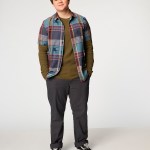 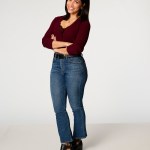 ‘Gabby Duran & the Unsittables’ is now airing on Disney Channel. HL spoke EXCLUSIVELY with stars Kylie Cantrall and Maxwell Acee Donovan about their characters, which Disney Channel stars have inspired them, and more.

Gabby Duran & the Unsittables premiered Oct. 11 and it’s already an instant hit. Before the series premiered, Disney Channel ordered a season 2. The show follows 13-year-old Gabby Duran who lands a job babysitting an unruly group of VIP extraterrestrial children who are hiding out on Earth disguised as everyday kids. HollywoodLife talked EXCLUSIVELY with stars Kylie Cantrall and Maxwell Acee Donovan about what stood out about the show that made them want to dive into this world.

“I just really like the uniqueness of it,” Kylie told HollywoodLife. “Because I think that’s been a big thing for me. I think when I got this role, there was a connection there, that Gabby was also kind of an outsider. She really was so confident and not afraid to be different. I think that’s so dope that she really is just herself no matter what situation she’s in.” For Max, he found that Wesley was a lot like him. “The second I read it, he just reminded me of me and Wesley has this sort of endearing quality,” Max said. “I loved the idea of being able to bring physical comedy — kind of like Chris Pratt on Parks & Recreation — to this character.”

The cast also includes Valery Ortiz, Coco Christo, Nathan Lovejoy, and Callan Ferris. Maxwell and Kylie admitted that the cast is incredibly close. “We’re like a family,” Maxwell said. Kylie revealed that she and Coco, who plays her little sister, are really close. “We’ve had sleepovers. Sometimes we stay home and we watch movies and just have fun with each other,” Kylie said.  “We really love each other. It’s cool. We all have a really tight bond.”

Kylie and Maxwell also opened up about their Disney Channel inspirations. “For me, it was Zendaya,” Kylie told HollywoodLife. “I met her and she was the sweetest person I’ve ever met. I really had a connection with her because I’m a performer and that’s what I’ve been doing all my life. I watched Shake It Up and it was all about dancing and singing. She was really one of the people that really inspired me to be a dancer.” Maxwell grew up watching Disney Channel classics like Wizards of Waverly Place and Hannah Montana. “I got really lucky. Cameron Boyce, he mentored me in this,” Maxwell said. “He just gave me tips on everything and how to go through life with an open mind and an open heart. I think that that really speaks to his character and I try to keep that in mind.”