Farrah Abraham and Jen Harley have seemingly struck up a friendship! The former Teen Mom star and the mother of Jersey Shore‘s Ronnie Ortiz-Magro‘s baby girl shared videos of themselves partying together in Las Vegas on Thursday night. Farrah and Jen flaunted wads of cash on social media while at Crazy Horse 3 Gentlemen’s Club, a popular high-end strip club.

Jen shared a preview of her skintight white dress on social media before she met up with Farrah. She shared a video of herself in the mirror, and also showed off her sky high white stilettos. The mother of one walked around her bathroom to a song, which played the lyrics, “We can start all over again.” — A seemingly cryptic post after her recent altercation with her ex, Ronnie.

As HollywoodLife previously reported, the two were involved in a hostile fight that allegedly got physical, while at their Airbnb in Los Angeles on October 3. Just hours before, Ronnie and Jen were holding hands and smiling together at the launch event for his Verge CBD company. LAPD confirmed to us that the “suspect and victim were involved in some type of altercation,” which led police “to use a Taser” to take down the suspect, believed to be Ronnie, although police did not mention any specific names in their statement to HollywoodLife. Police also confirmed that there was a child on site, who was not harmed. The child in question was believed to be the couple’s 18-month-old daughter, Ariana. 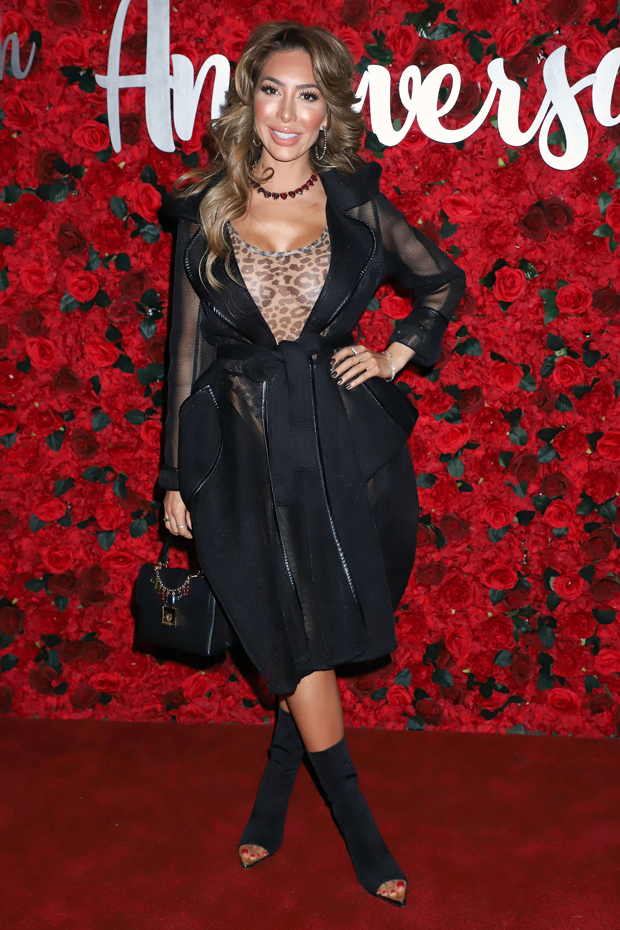 Subsequently, Ronnie was arrested after the incident. Following his arrest, Ronnie’s lawyer, Scott E. Leemon, told HollywoodLife, “The reporting of the alleged incident relating to Ronnie Magro yesterday is based upon pure speculation and innuendo. We are currently conducting our own investigation and will have no further comment until that has been concluded.”

Meanwhile, Farrah stunned on the red carpet at Crazy Horse 3 in with a black sheer trench coat over a cleavage-baring, leopard bodysuit. She let her curly brown hair down and stepped out in open-toe ankle-hugging boots. If there’s anything that could’ve taken Jen’s mind off her drama with Ronnie, it was definitely a night out with Farrah that’d do the trick!