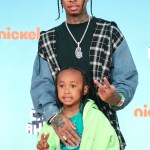 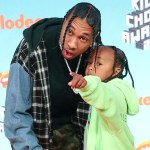 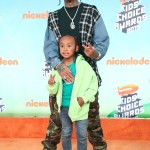 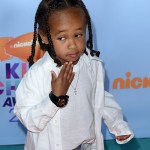 Five years after their tumultuous breakup, Blac Chyna and Tyga are on amicable terms. The exes reunited to help celebrate their son, King Cairo’s, seventh birthday over the weekend.

Blac Chyna and Tyga have put their differences aside for the sake of the son they share, King Cairo. The exes threw a massive birthday bash for King ahead of his seventh birthday on Oct. 16, and they appeared amicable as they both attended the event. A video from the party shows Tyga and Chyna posing next to their son as he blows out the candles on his huge birthday cake. Both stars have big smiles on their faces as they happily celebrated their little man. This is the third year in a row that Chyna and Tyga have reunited for King’s big day, despite going through a very dramatic breakup in 2014.

After the stars ended their relationship, Tyga started dating Kylie Jenner, and it led to a very public feud between Chyna and Tyga. Chyna recently confirmed that Tyga never cheated on her, but admitted that Tyga’s relationship with Kylie “expedited” her breakup from the rapper. Meanwhile, Chyna started dating Rob Kardashian at the beginning of 2016, and got pregnant with his child after just a few weeks of dating. Their daughter, Dream Kardashian, was born in Nov. 2016, but the two have since broken up.

Interestingly, Chyna’s reunion with Tyga comes amidst fan speculation that something might be going on between the rapper and Kylie again. Kylie and her boyfriend, Travis Scott, split at the end of September, and just days later, she was spotted arriving at the studio where Tyga was recording. However, as the rumors of a late-night meet up intensified, Kylie took to Twitter to set the record straight.

“There was no “2am date with Tyga,”” she tweeted. “You see me drop two of my friends off at a studio that he happened to be at. Travis and I are on great terms and my main focus right now is [our daughter] Stormi. Our friendship and our daughter is priority.” It looks like everyone involved in this love….pentagon?….is all good right now!