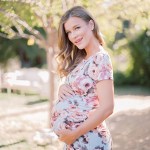 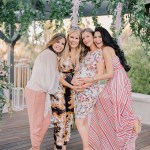 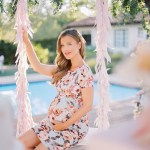 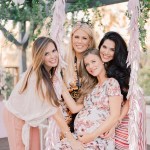 Joanna Krupa just celebrated her pregnancy with a gorgeous baby shower, and now it’s setting in for the ‘RHOM’ alum that her daughter’s on the way! Joanna revealed in our exclusive interview that she’s excited, but nervous, too.

Joanna Krupa is getting closer and closer to her November 4 due date, and what better way to celebrate that fact than with a blowout, lavish baby shower? This is the first child for the model, 40, and her husband, Douglas Nunes. So obviously, the happy couple partied the day away with their closest family and friends. As you can see in the EXCLUSIVE photos from their October 6 bash below, the celebration was a Pinterest enthusiast’s dream, which appeared to materialize straight out of the tea party scene in Alice in Wonderland!

Joanna and Douglas’ home was turned into a princess kingdom for the shower, their backyard covered in beautiful crystals and candelabras, pink candles, pink roses, pink balloons — and pink everything else! One beautiful shot from the event showed Joanna, who looked lovely in baby blues and pinks, cradling her bump while sitting on a swing covered in pink feathers, and another showed her sitting on her husband’s lap and kissing him sweetly. She looked so happy with her friends and family. “The best part was seeing my vision come to life with the flowers and decor, and having all the girls I adore there with me for my baby girl’s special day, including my sister Marta, who will be my daughter’s godmother,” Joanna told us.

The Real Housewives of Miami alum spoke to HollywoodLife in an EXCLUSIVE interview following the baby shower. She expressed how excited she is about becoming a mom, and was honest about how — understandably — anxious she is about giving birth. “I can’t believe how fast these eight months have flown by,” Joanna said. “And now, it’s really becoming more of a reality that soon I will be able to see her little face! It’s such a special time in a woman’s life to be pregnant and feel the baby inside you, but once it’s there in front of you that’s probably the most magical moment any mother can imagine. I am anxious to see her but at the same time nervous, because as a first time mom I don’t know what to expect. The labor is what frightens me most.”

Joanna told us in September that she was “petrified” about labor pain. Girl, same. “All my friends have different stories,” she said in the EXCLUSIVE interview. “Some have horror stories, some have amazing stories, that labor was super easy. But, I’m trusting my doctor that it will be an easy journey. At least I’m trying to bring that energy towards myself.” Her husband, Douglas, is doing everything possible to make her feel safe and supported. They’ve gone to labor class together and talked it out with a midwife, who assured Joanna that everything’s going to be just fine!

Congratulations again to Joanna and Douglas!