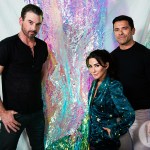 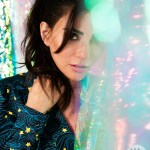 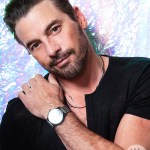 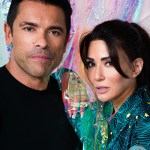 ‘Riverdale’ returns for season 4 with a beautiful tribute to Luke Perry. Skeet Ulrich spoke EXCLUSIVELY to HL about filming the ‘incredibly difficult’ premiere, what’s to come with Falice, and more.

The entire cast of Riverdale comes together to pay tribute to the beloved Luke Perry in the Oct. 9 season 4 premiere. Luke passed away at the age of 52 in March 2019 after suffering a stroke. Riverdale was in the middle of season 3 at the time of Luke’s death and waited until the beginning of season 4 to give Luke and the character of Fred Andrews the proper send-off and tribute. HollywoodLife talked EXCLUSIVELY with cast member Skeet Ulrich about the cast coming together to film the show’s most emotional episode yet.

“It was incredibly difficult,” Skeet told HollywoodLife at Riverdale’s press room during New York Comic Con. “I would say bittersweet but there was very little that was sweet about it in a way because none of us want him to be gone to this day, so it was very raw. It was a very raw couple of weeks and a really hard way to start work again. I don’t think any of us have gotten over it, the shock of it. He should be right here, right now. And in a way he is, but he was such a great human being. He’s sorely missed and it’s hard to dredge all that back up, and there wasn’t a day where someone wasn’t getting picked up off the ground in tears filming that. It was incredibly bonding filming for those of us doing it but a really difficult time.”

The season 4 trailer revealed that there’s more FP and Alice goodness to come. “Falice is back and stronger than ever,” Skeet said. He noted that season 4 will begin to explore why there’s always been such “heat” between FP and Alice. “It’s so much fun working with her and it’s exciting,” he continued. “It’s nice to see how Roberto [Aguirre-Sacasa] is shaping it and that it’s back.”

There are a lot of changes coming in the episodes to come, especially when it comes to FP and Jughead’s relationship. “It’s changing a little bit in the sense that Jug is at a different school now so he’s not around as much. He’s starting to almost, in a way, be a therapist to FP in the sense that he’s digging into FP’s past and that’s not something FP wants or supports so there’s some tensions for sure.” Riverdale airs Wednesdays at 8 p.m. on The CW.