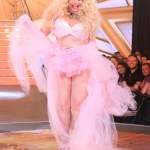 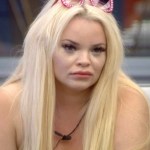 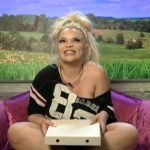 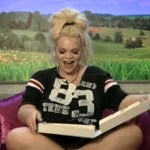 In one video, Trisha Paytas announced that she’s ‘transgender,’ but identifies as her ‘natural born gender’ and also ‘more as a gay man.’ Fans are outraged — many Twitter users accused the YouTuber of mocking the transgender community.

Trisha Paytas, 31, confused — but mostly angered — the thousands of viewers who watched her YouTube video “I AM TRANSGENDER (FEMALE TO MALE).” For the proper definition, “transgender” is a “term used to describe people whose gender identity differs from the sex they were assigned at birth,” per GLAAD — so Trisha lost fans as she attempted to explain her gender identity with a string of controversial comments throughout the 15-minute video. The YouTuber started off the video by revealing that she “didn’t feel like [she] identified as a girl” right before dating her ex, Jason Nash, around Jan. 2018 — for context, she recalled memories of being teased as a child for her hair and lips, and being called “a man.”

That led Trisha to declare that she identifies “with men better,” but more “as a gay man” because she likes guys (on a side note, gender identity and sexual orientation are two different topics). The YouTuber added that just as “a lot of gay men do,” she loves “glam and voluptuousness.” With that, Trisha announced, “So in my head I feel like I’m a transgender female to male, but also like a drag queen.” Fans continued to scratch their heads as the singer-social media star added, “I’ve always just been attracted to guys but not straight guys. I’ve always been attracted to gay guys,” making her think that maybe she’s a “gay man.”

Trisha did brace herself for the backlash this video would probably receive, and also acknowledged that she came out as gay and bisexual in the past (for this reason, she said she didn’t “like labels in general”). In conclusion, Trisha told her subscribers, “Do I think I’m transgender? Yes, a thousand percent. Do I identify with my natural born gender? A thousand percent. So I think that’s where I’m at, and I feel really free and liberated…I think it’s important that you can identify as masculine and feminine, you can identify as male and female if you choose.”

I’m sorry but did Trisha Paytas really just makes a video with the thumb nail as her dressed as Troy fucking Bolton coming out as “trans” because she doesn’t wear make up some days, is attracted to gay men and has more guy friends or did I just hit my head and am going crazy?!?? pic.twitter.com/8y49n2ecN3

Viewers didn’t take kindly to Trisha’s confession. “I couldn’t even finish watching trisha paytas ‘coming out’ video because of how uncomfortable it made me. I am a transgender man, and seeing her go in front of her millions of followers and claim to be the same thing as me is disgusting. she’ll really do anything for attention,” a member of the LGBTQ community tweeted. Many other Twitter users accused Trisha of mocking the transgender community, with one such viewer writing, “not to like, discourse on main but im seething that trisha paytas had the gall to say shes a trans man, then say she identifies with her assigned gender, and then just mock trans and gay men all in the same goddamn video.”

Others assumed the video was a big joke. “Is #TrishaPaytas for real? That is so so so offensive and not at all funny!” another viewer tweeted, and a second person posted, “anyway trisha paytas is a joke trying to make money and get attention by using the trans community.”