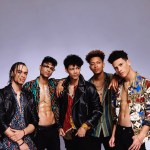 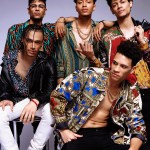 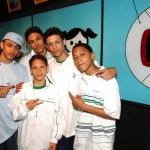 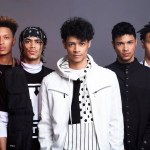 Two of the five Breeding brothers sat down with Hollywood Life and EXCLUSIVELY dished about what it’s been like reuniting and how Diddy helped shape their career.

B5 has returned to the music scene and the five Breeding brothers are back and better than ever! The group — which consists of Dustin Michael, 31, Kelly Allen, 30, Patrick Owen, 29, Carnell Frederick, 27, and Bryan Jesse, 24 — was discovered in 2005 by Sean “Diddy” Combs who signed them to his Bad Boy Entertainment label, a;though currently they’re in discussions with new labels. HollywoodLife sat down with Carnell and Bryan who EXCLUSIVELY dished about what it’s been like reuniting and how the music mogul helped shape their career.

Although Diddy wasn’t part of their upcoming TBT Tour, Bryan explained, ‘Diddy didn’t help us out with this project but we see him every once in a while. Other than that, he taught us a lot in the game just by being around him. We learned a lot from him, but we wanted to take our own initiative to branch ourselves and market ourselves to be our own entrepreneurs. But we always looked up to Diddy. He’s definitely a good inspiration that everyone will want to look up to when it comes to business.”

Carnell added, “Yeah. And as far as his involvement and letting him hear it. Right now we’re still in song selection mode when it comes to the EP. So we are kind of keeping the circles very small until we start other parties and people like Diddy hear the music!” B5 has been working on their latest EP which is going to be titled, “New Jacksons,” although there is no official date for its release quite yet. “Basically expect a new version of B5 and a grownup version,” Carnell revealed. “Because you know, we are Millennials, so we kind of grew up with the time and this time we still like kept it up. We kept it R&B, but it still has a pop feel to it.”

“For example, we love what’s relevant and what is on the radio,” Bryan said. “So I feel like we feel like our music sounds like things we like, so we are going to blend right into what the culture and what the wave is right now. And you can just always, you know, expect high energy and really dope melodies and lyrics.” The youngest brother talked about what it’s been like for all the brothers to reunite at this point. “Coming back together in my opinion was one of the greatest moments for us because before we did B5 as a group, we started at such a young age and we grew up so closely with each other,” Bryan explained. “That when we took the actual time to do the hiatus, they gave us the time to actually learn ourselves. Basically learned individualism. So when we came back together, now all those different colors and talent were added to the group and now we got more personality and more diversity.”

While B5 is preparing for their TBT Tour which also features Ray J, Day26, and J. Holiday, Bryan explained, “For one live performances would be like one of our favorite things. Being in the music business completely, we take it very seriously. We’ve been very hands on with everything as far as like the choreography, the song selection, even an intro video and everything else that has to do with the production aspect. And that’s really what we’ve been focusing on for the last month. It’s just making sure we’re fine tuning all those things so we can give the best show possible.”