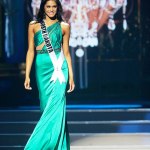 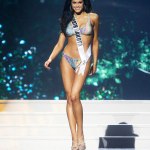 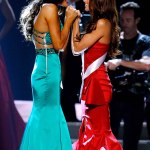 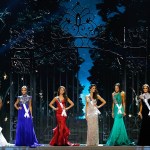 Audra Mari is the new woman in Josh Duhamel’s life! After his split from Fergie in 2017, fans are now wondering who is the 25-year-old beauty queen the actor is cozying up to?

There’s so much more to Audra Mari, 25, than meets the eye. The pageant queen has been getting close with actor, Josh Duhamel, 46, and their relationship looks official after Audra and Josh were spotted smooching on Oct. 3. The relationship comes after two years since Josh’s split from singer Fergie. Back on June 4, a source shared EXCLUSIVELY with HollywoodLife that Josh was “dating here and there but nobody really serious yet.” Well, it looks like things have definitely changed! Here are 5 things you need to know about Audra.

1) She’s a major beauty queen. Audra is obviously beautiful, and her stunning looks have taken her to pretty incredible places. Back in 2016, Audra won Miss World America at the age of 22 in National Harbor in Washington, D.C. That same year, she placed 11th at Miss World — the international pageant. But that’s not where she started. As a native of North Dakota, like Josh, she won Miss North Dakota USA in 2014 and placed first runner-up at the Miss USA pageant, held in Baton Rouge, Louisiana the same year! To make things even more special for Audra, she was the first North Dakotan to make it that far in the pageant.

2) Audra’s used her platform to address bullying. After winning Miss Teen USA in 2011, Audra gave a candid and emotional interview with Seventeen and used the opportunity to discuss how, as a sophomore in high school, she was bullied by a group of older girls. “One time during lunch, I was sitting there with all my friends, and a junior girl walked in my lunch hour. She came up to where I was sitting, and she threw a paper lunch bag at me, and it had my name on it. She said, ‘You can eat this for lunch.’ Inside of the bag were sugar cubes, carrots, horse radish, like just a bunch of stuff that horses would eat and saying that I looked like a horse.” As an adult, she’s used her experience to share advice with young girls, “There are mean girls wherever you go, but you don’t need to surround yourself with them when you get older. You’re not in a classroom with them, you’re not eating lunch with them, and you’re not at games with them, so look past it and know that it’s going to end. Also, tell a trusted adult, tell all your friends, tell anyone you can. If you keep it inside, it’s just going to eat at you.”

3) She’s a model. After her pageant days, Audra went on to sign with Los Angeles modeling agency Vision LA and has accrued over 30,000 Instagram followers! Audra has posed for big names like H&M and the Ocean Drive swimsuit issue. Based on her Instagram, it appears her work is mostly in print right now.

4) She’s a college grad. Audra was a true North Dakotan before making it big. After finishing high school, she went on to attend North Dakota State University where she majored in public relations and communications.

5) She’s Filipino. Audra is incredibly proud of her heritage, and spoke about her ancestry in her Miss World Contestant package video. “My grandfather’s from the Philippines and he moved to the United States to create a better life for his family. He raised four beautiful children and he’s a shining example that anything is possible here.”