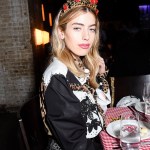 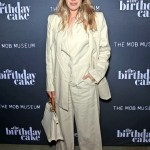 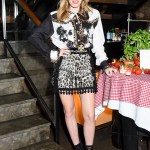 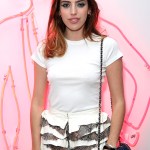 Ewan McGregor’s daughter Clara is opening up about crippling anxiety, panic attacks, addiction and getting sober and more in an attempt to help others avoid stigma.

Ewan McGregor‘s 23-year-old daughter Clara has penned an open letter to discuss mental health and addiction. She took to her Instagram and revealed that she’s been through the ringer, battling a pill problem, an abusive relationship, rape, panic attacks, anxiety and more. In the caption of her two page letter that Fendi model posted on Sept. 27, she wrote, “This was really hard for me to open up about so go easy on me ❤️ lil moment of honest in hopes that it can help others feel less alone.”

“This past year I dealt with addiction, I got sober, and I dealt with a great deal of depression and anxiety. I had an abusive relationship, I had an abortion the list goes only. Anxiety has been something I’ve lived with since I was 4 years old. I’ve been having panic attacks since I was a child and I didn’t know that I could live my life without this crippling fear. I didn’t know there was a way to get better. But there is. Help yourself so others can help you too. And never be ashamed to talk about it,” she continued.

In the letter she revealed that “My anxiety has stopped me from living the life I wanted to lead. It was a cage I was stuck in and still a struggle to get out of now.” Clara then revealed she got on the antidepressant Lexapro, “which helped a great deal” and saw a doctor who told her “you don’t have to live this way,” and she got the help she needed. Because things were grim.

Clara revealed that her anxiety led her to a substance abuse problem and that she turned to the anti-anxiety drug Xanax. She declared she is now 110 days clean after getting treatment at Utah’s Cirque Lodge “where I met the most wonderful people who changed my life. I was so ashamed of my addiction, of my anxiety and depression.” Then she revealed that she had been violently abused by a man.

“I was ashamed of the abuse I let happen to me. I blamed myself for the bruises, black eyes the rapes and for the attacks a man did to me. But I’m regaining this power now. I’ve had a hard year, I’ve been figuring out who I am but I feel so loved and blessed with where I am now.” She thanked those who helped her through her “darkest times” adding that they “know who they are.” In the three hours since Clara posted her message, she already got love from celebrity pals, including actress Ashely Benson and Sting‘s daughter Eliot Sumner, who both left heart emojis, while YouTube star Cameron Dallas left an applause emoji.